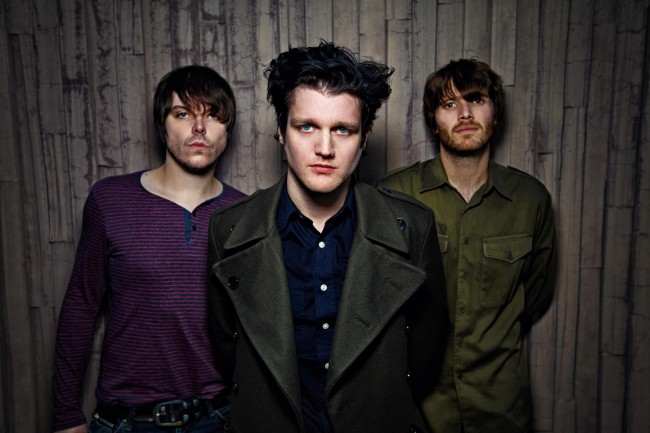 The Virginmarys will play two UK headline shows in November; taking place in London and Stoke, these will be the band’s last live appearances of 2015.

With fresh recordings now in the can and plans being laid, the focus will soon be shifting to a new album campaign, following on from the highly acclaimed ‘King Of Conflict’ (2013); in the meantime, the Macclesfield power trio will round off their live year in style, toasting fans North and South…

Says The Virginmarys frontman, Ally: “These two shows are incredibly important to us. A chance to get back out in front of our fans, knowing that the album we’ve just recorded is our best yet. That’s an amazing buzz.

The Virginmarys came together in 2009, with Ally (vocals / guitar), Danny (drums) and Matt (bass / vocals) being drawn together by a mutual respect for urgent and passion-fuelled rock ‘n’ roll music. The trio then hit the road, recording a series of EPs before releasing their debut album, ‘King Of Conflict’, in 2013. After touring the album extensively across the UK/Europe and the US, together with shows in Japan and India, the band picked up Classic Rock Magazine’s award for ‘Best Breakthrough Act’ (2013) – ‘King Of Conflict’ was also on the ‘Album Of The Year’ short-list. In addition, the band received iTunes’ ‘Single Of The Week’ accolade on two separate occasions. A new studio album is set for 2016.