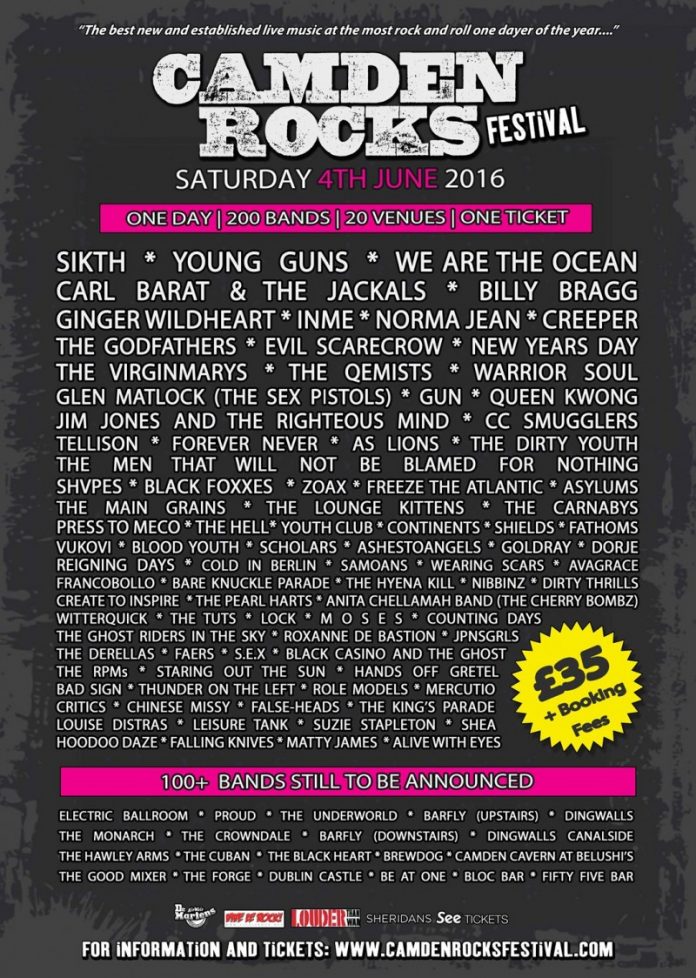 Camden rocks back for fifth year
Back for its fifth year, Saturday June 4th sees the highly-anticipated return of the Camden Rocks Festival; over two-hundred high-energy bands performing in multiple venues on the hallowed rock n’roll streets of Camden Town.

Billy Bragg will be in conversation about his new lyric book ” A Lover Sings” with Daniel Rachel, acclaimed author of Isle of Noises: Conversations with Great British Songwriters, punctuated with songs and Q&A in what promises to be a very special performance.

“Its great to be taking part in Camden Rocks this year and I’m really looking forward to discussing my lyrics and playing a few songs,” states Bragg. “Camden remains at the heart of where generations of new music got its start and I’m proud to be a part of that tradition.”

Another exciting addition to the line-up, Carl Barat is no stranger to Camden, stating that it “always feels like a homecoming show to us. It’s a great opportunity to see and rub shoulders with some of the best new talent coming through. Can’t wait.”

Every year prior has sold-out and 2016 looks set to be no different!

£35 tickets are now available from the link below subject to booking / transaction fees.

Over 200 bands for £35 playing in over twenty different venues.

More information on the links below.