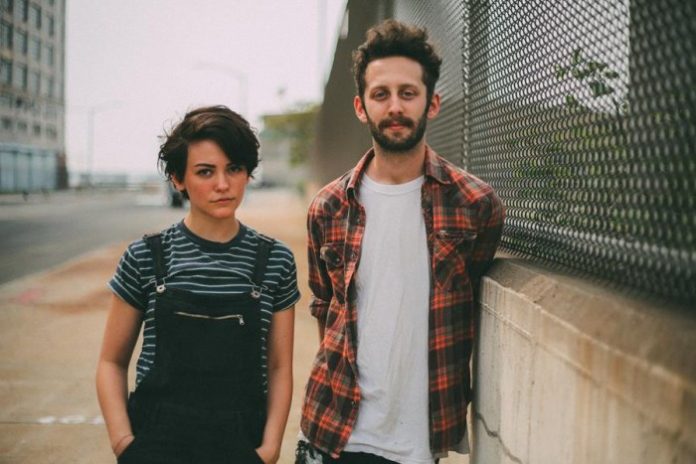 Tipped in many of those “bands for 2016” pieces, Stateside and over here, Diet Cig’s always infectious music easily justifies the increasing excitement about their future. The two piece will be playing their first ever UK shows, alongside Bruising, over the next week. Check out the band at:

Beginning as a casual project between Alex Luciano (guitar) and Noah Bowman (drums), New Paltz, New York’s Diet Cig have made a big statement out of a series of highly infectious pop songs. The pair met under rather unusual circumstances: Luciano, desperate for a lighter, interrupted the set of Bowman’s other band, Earl Boykins. No lighter was to be found, but a friendship was sparked and Diet Cig was born. The duo’s February 2015 debut EP, Over Easy, consists of lyrics written by Luciano in her bedroom. While recalling the sound of groups like Tiger Trap and All Girl Summer Fun Band, the record explores “the innocence of adolescence and infatuation.” With Bowman’s crashing drum kit offering stationary support, Luciano becomes an onstage tornado as lines between band and audience blur into a massive dance party.

At the end of last year they followed this with another killer seven-inch, Sleep Talk / Dinner Date via Art Is Hard and Father/Daughter.Both songs offered a more complex level of intimacy and, alongside a whole lot of soon-to-be-revealed plans for 2016, are further proof that Diet Cig are here to stay.