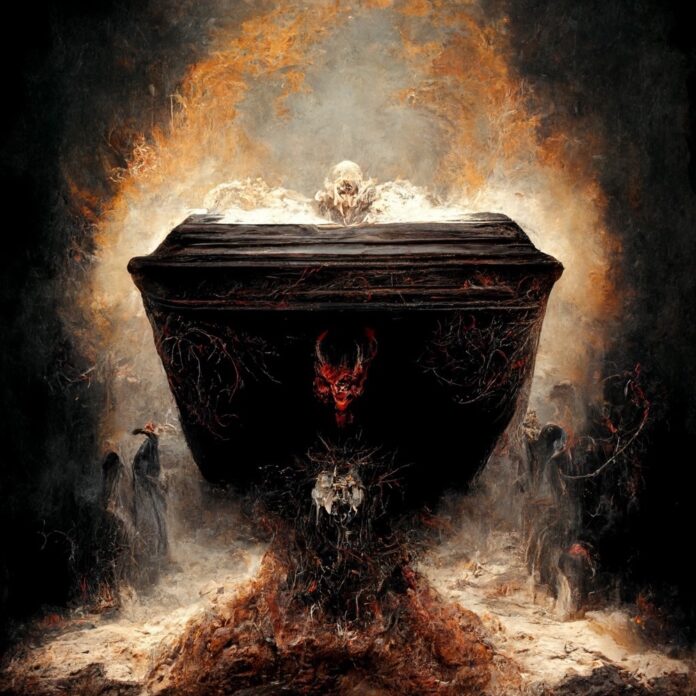 ‘Limited Edition Lava Lamp’ is the intriguingly titled second collaboration between US Gothic blues artist Ledfoot and Norwegian guitar maestro Ronni Le Tekrø. Coming two years after their critically acclaimed ‘A Death Divine’, it sees the duo joined by veteran producer/musician HP Gundersen and a crack team of further reinforcements on an album of shapeshifting Americana that nods to everyone from Bob Dylan to White Stripes.

Ledfoot (aka Tim Scott McConnell) states that “Ronni and I decided it was time to get serious and put a band together… AND WHAT A BAND! The result is ‘Limited Edition Lava Lamp’….get ready for a wild ride.” Le Tekrø concurs, adding that “we have been digging deeper, exploring and uniting our different styles, while the production has been pushed into territory we have never been before. This album will take you to Twin Peaks. Let your ears take you above and below.”

Recorded over the course of a magical week at Studio Studio Nyhagen (owned by Le Tekrø), ‘Limited Edition Lava Lamp’ consists of four songs written by Ledfoot, four co-writes, plus a cover of ‘Sister’ from the Quincy Jones-helmed soundtrack of ‘The Color Purple’. The nine tracks see an inspired Ledfoot singing better than ever, while Le Tekrø’s unique guitar skills find their natural home in the soundscape created with the aid of Gundersen (who also contributes guitar parts), Anders Odden (bass), Trond Augland (drums) and Markus O Klyve (keyboards).

‘Limited Edition Lava Lamp’ will be released on LP, CD and digital formats, plus a limited LP edition pressed on 180g lava lamp (orange) vinyl in a gatefold sleeve.

EGO IN THE COFFIN

Previous article
DOWN MEMORY LANE
Next article
TRIVIUM IMPLORE YOU