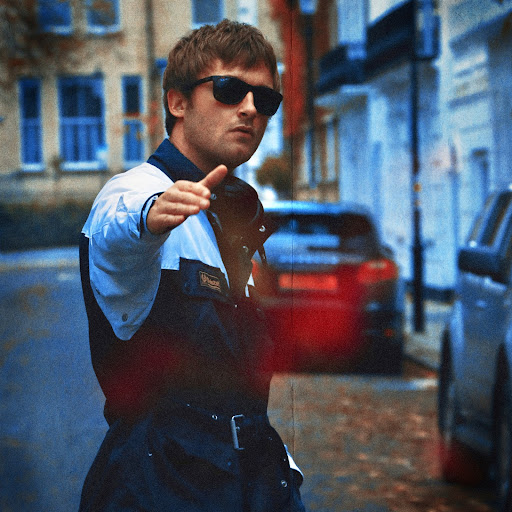 With the arrival of his debut album now just weeks away – George Hennessey – teases the upcoming release with a brand new single: “Memory Lane”.

Fusing skyscraping chorus hooks with cascading arrangements guaranteed to blow away the January blues, the latest cut from Hennessey’s much anticipated new LP ‘If You Can’t Find What You’re Looking For Please Ask‘ (out 3 February) proves his pedigree as a modern day torchbearer of the Brit-Pop flame.

Nodding to the unabashed, audience-unifying pop/rock masterclasses of the 90s, “Memory Lane” is both compulsively anthemic and artfully nostalgic. Seemingly custom-made to be bellowed out by teeming crowds in the packed spaces, the song in fact dates back to those solitary days of the second lockdown.

A song about hedonistic escapism and hope for the future, George explains of the track:

“I wrote “Memory Lane” during the second lockdown whilst on an LSD trip. As things got quite intense I picked up my guitar to distract myself and outcome this song within minutes. It’s about feeling a sense of optimism and finally seeing a light at the end of the tunnel in regards to covid.”

To accompany the single, Hennessey has also produced a special unplugged version of the track, performed live at his home in London. Check it out now, here: https://youtu.be/vblViL5_TlQ

“Memory Lane” is the latest in a succession of singles to be unchained from his feverishly anticipated album release and follows the release of recent hit-single “Prisoner“, which featured on Apple Music’s “New In Rock” playlist for several weeks in UK, Ireland, Austria and Germany, plus received support from Germany’s major radio stations NDR 2 and RBB Radioeins.

A rock’n’roll singer-songwriter born and bred in London, George Hennessey has been turning heads for some time now with songs that often marry the earth-splitting sounds of Grunge with the melodic merits of Brit-Pop. But on his upcoming debut, ‘If You Can’t Find What You’re Looking For Please Ask‘ (out 3 February, via Massive 92 records), the Twickenham talent will be stepping up his game in 2023 with a body of work that proves he’s primed and ready for the big time.

Channelling the Britpop songwriting talents of Paul Weller or Noel Gallagher, through twists of psychedelia, folk and rock; Hennessey serves up nine coming-of-age tales about breaking-up, bouncing back, and believing in yourself. From musings on tripping-up in relationships to confessions of tripping-out in lockdown, ‘If You Can’t Find…’ infuses relatable songs with a renegade spirit and a warmth of character that will keep you coming back for more. Co-produced and mastered by the esteemed Flemming Rasmussen (Metallica, Ringo Starr, Mew) and mixed by James Kenosha (Dry The River, Pulled Apart By Horses, Pastel), this is a debut to make a noise about.

Available on vinyl & digitally from 3 February 2023, the album will feature the likes of “All Or Nothing“, “Go With The Flow“, “Lost Society“, plus the aforementioned singles “Prisoner” and “Memory Lane“.

Following a busy year of live dates with appearances across European festivals such as Y Not? (UK), Isle of Wight Festival (UK), Victorious (UK) and Rolling Stone Beach (DE), plus prominent club shows in Berlin, Hamburg and London; Hennessey is now sizing up a momentous headline show at the Half Moon in Putney on the evening of his upcoming album release. With the show now SOLD OUT, you can join the waiting list for tickets here: www.thisfeeling.co.uk/georgehennessey

03 February 2023 – The Half Moon Putney – SOLD OUT
Join the waiting list for tickets here:
www.thisfeeling.co.uk/georgehennessey

Standby for further dates in due course.