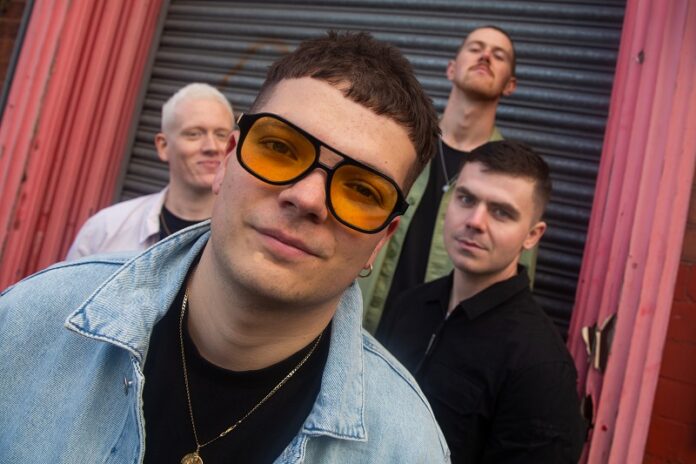 Birmingham four-piece BIG IMAGE have revealed the video for their new single LATE NIGHTS – which you can watch here https://www.youtube.com/watch?v=z4_qsbTiZAY – and announced a run of headline dates for February next year, as follows:

Combining the reverb-drenched piano of house, the propulsive beats of drum n bass and the buoyancy of baggy, BIG IMAGE create a cocktail of sound that is entirely theirs and now cap off a breakthrough year with the infectious Late Nights.

“Late Nights is a song about going out, living in the moment and forgetting about the real world,” explains frontman George Johnson. “You find being in a band can have so many highs and lows that sometimes you just can’t keep up with it alongside real life, and we wanted to show that in the video.”

“We’ve been playing this song at summer festivals and the reaction to it has been amazing so it felt right to release it next,” adds bass player Luke Morris. “It’s probably the best we’ve sounded on record.”

Late Nights follows the band’s Human Touch Is Forever EP from earlier this year and their meteoric rise on the live scene as they took their set to a host of festival stages including Community, Live at Leeds, Neighbourhood, Y Not and Lakeside alongside support dates with DMA’S and Circa Waves. They also performed at The Hundred Cricket Live at Edgbaston to a crowd of 25,000 which was broadcast live on BBC Television.