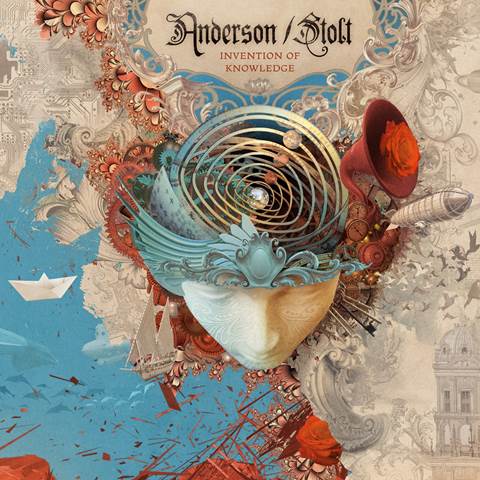 Prog legends and their new video

Now they are pleased to launch a video for the track ‘Knowing’ which you can view here:

Jon Anderson was also recently announced as this year’s recipient of the Prog God accolade at the Progressive Music Awards 2016, set to take place in London on the 1st September 2016. Jon joins illustrious company, with previous winners representing some of the most legendary musicians in progressive rock, including Rick Wakeman, Peter Gabriel, Ian Anderson & Tony Banks.

‘Invention Of Knowledge’ charted in several countries upon release and you can find those below:

You can buy the album on CD, LP & digital download below:

Jon Anderson recently had this to say about the new record: “…..Music is always the driving force in my life…working with such a wonderful musician as Roine Stolt made the creation of this album very unique,we are very excited with the release of ‘Invention of Knowledge’.“

Roine Stolt adds: “It is not aiming at being new Yes music; just new music, modern and classical, rock and ethno, tribal and orchestrated, grooving and floating. Hopefully in the true spirit of “progressive” – leaning forward, surprising and also comforting with familiar run-arounds.

We’ve been “inventing” as we go along – Jon is an endless source of new ideas. We’ve been bouncing ideas back and forth for months and as a result there are probably dozens of versions of these songs.  It’s been a very interesting and rewarding time and the result is just insanely detailed.”

InsideOut label-head Thomas Waber comments: “I have been talking to Jon for ages about making an album of ‘Yes music’ – as Jon calls it – and Roine seemed like the perfect guy for him to work with. I am really happy that it has finally happened and I am also thrilled with the material they have come up with. I think it will please a lot of fans!”

The idea came to life swiftly off the back of a performance from Roine’s band Transatlantic, and Jon Anderson on the Progressive Nation At Sea Cruise in 2014, and was initially instigated by InsideOut Music label boss Thomas Waber.  The duo set about crafting new music in the spirit of early epic works such as ‘Tales From Topographic Oceans’, ‘Olias Of Sunhillow’ & ‘Awaken’, but giving it a modern twist.

Written & recorded over the course of 1 and a half years, the tracks have been in a state of constant change as Roine and Jon swapped & refined ideas by sending tracks to each other via the internet. In March 2015, an ensemble was put together by Roine to realise the music live in the studio. Joining him there was Tom Brislin (who played on the Yes Symphonic tour) &  Lalle Larsson on keys, Jonas Reingold & Michael Stolt on bass and Felix Lehrmann on drums. The sessions were also bolstered by appearances from Daniel Gildenlöw, Nad Sylvan, Anja Obermayer, Maria Rerych and Kristina Westas who all provided backing vocals.