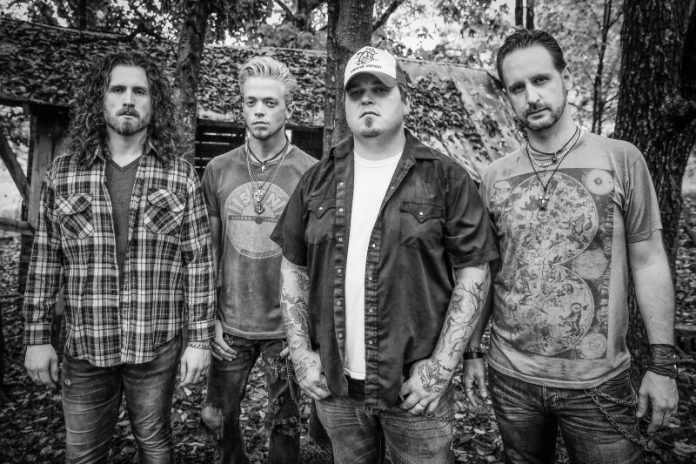 BSC take you in the studio – and themselves back to basics

BLACK STONE CHERRY have released another ‘in the studio’ video clip in the lead in to the release of their hotly anticipated fifth studio album, ‘Kentucky’, due for release on 1st April via Mascot Label Group.

Named after the band’s home state, the new album is very much a ‘back to their roots’ affair, with the four-piece working with the same engineer in the same ‘local’ studio, Barrick Recording, where they crafted their eponymous debut, eight years ago.

Frontman/guitarist, Chris Robertson; “We are beyond excited to bring ‘Kentucky’ to you!  Since the release of our debut we have wanted to go back to the studio where it all began and it finally happened!  The original studio owner/engineer, all of the great equipment and BLACK STONE CHERRY have been reunited for what I feel has been the most unique album we’ve ever made.  We took it back to where it started and something magical happened.  These new songs are the heart and soul of who we were in 2006 and who we’ve become.  There is something very special about these songs and I cannot wait for y’all to feel them!”

BLACK STONE CHERRY return to the UK this summer to headline Sunday night at Ramblin’ Man Fair on 24th July at Mote Park, Maidstone in Kent.  More info at www.ramblinmanfair.com/.