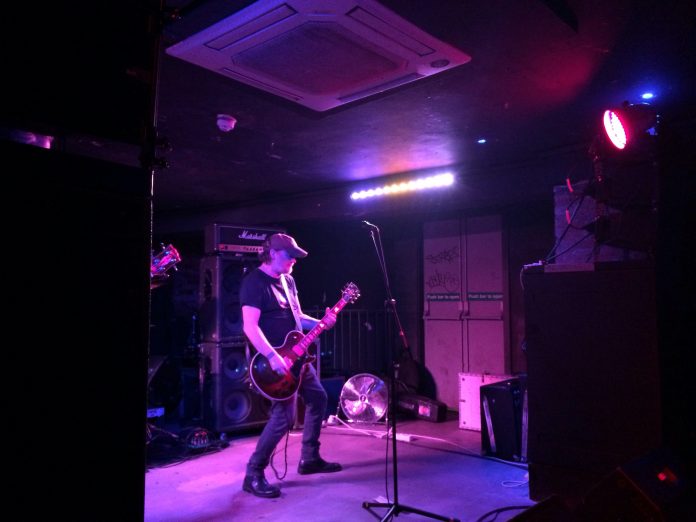 The finest purveyors of instrumental rock?

It has to be said when you think of the nationalities of the best, fuzzy, psychedelic-tinged rock bands, with the greatest respect, Switzerland isn’t too far up the list. Sons Of Morpheus, however, beg to differ and on their first trip to Birmingham, they are intent on making new friends while at the same time proving you can get high on Alpine Stoner grooves. Dreadlocked frontman Manuel Bissig in particular seems excited to be here and that energy courses through songs like “Seed” and “Pay For Me”. Both of these are from the bands debut album, but thoughts are clearly already tuned to the next as the superb new song “Cage” is tried for what is – according to bass player Lukas Kurmann –  only the second time. It already sounds fully fledged. Given half a chance you feel that this fine trio would launch themselves into full on freak out mode and when they do on “Tsunami” and also the closing 10 minute jam on “Psilocybin” it’s a sight to behold.

In the build up to their new EP “Mountain Czar” Karma To Burn have spoken about being outsiders. They don’t fit in to any neat “stoner” or “desert” rock pigeon-holes and, although they don’t say it – and let’s be fair as the worlds finest (largely) instrumental band they don’t say much – you kind of think they’d like to add “and that’s just fine with us.”

If they don’t follow the rules – and their songs don’t even have titles – what so they do? Well, is having every piece of music sounding like its the greatest riff ever enough?

As they start tonight with “28” and move into “19” it’s a joy to see K2B on top form, last time MV saw them a couple of years back they were a two piece as their bassist had “disappeared”. At full-power again they are a true force.

With a couple of “…..Czar” songs added, and the marvellous “62” is a genuine highlight, this is a set that proves the awesome power of a groove better than any you’ll see elsewhere.

A combination of support band members and audience introduce the tracks as guitarist William Meecum invites people to fulfil the role and when they do “34”, with its cowbell, it is exceptional.

If they wanted to they could jam and entertain only themselves, but K2B, with an outstanding “57” and a thumping “20” ending things are far to savvy for that.

And that leaves only this thought: they might be sure exactly what they are the kings of, but make no mistake, Karma To Burn rule all the same.