JORN TO BE WILD 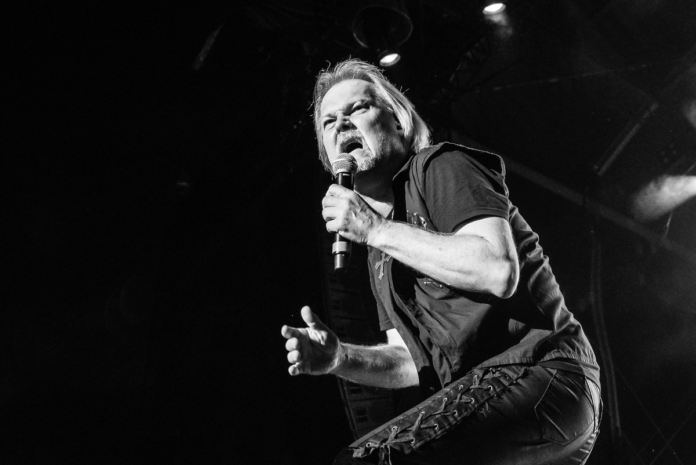 One of the greatest heavy rock singers of our time, Jorn Lande returns with a new studio album, ‘Over The Horizon Radar’, on 17th June. It shows the Norwegian vocalist continuing his rock n’ roll journey with his trademark stunning vocal performances, epic songs and future rock anthems. The record’s title track is available as a single from today.

Featuring ten original compositions by Lande, plus an extended version of the song ‘Faith Bloody Faith’ (originally written for the 2021 Melodi Grand Prix, Norway’s pre-selection competition for the Eurovision Song Contest), ‘Over The Horizon Radar’ is yet another jewel in the heralded vocalist’s crown, once again showing off creative skills that have led to him selling millions of albums worldwide.

Lande’s powerful vocals in tandem with his songwriting skills have earned him a status as one the last true pioneers in classic heavy rock and metal music. He is also acknowledged as one of the most prolific artists of the modern heavy rock and metal era. Aside from his main band JORN, he has fronted Ark, Beyond Twilight and Masterplan, while he has also participated in projects such as the Nostradamus Rock Opera, Dracula – Swing Of Death, the Allen/Lande albums (with Symphony X vocalist Russell Allen), Ayreon and more. Since 2008 he has frequently toured the world with the concept metal opera Avantasia. He also features as the online gaming character ‘Karthus’ in League Of Legend’s virtual metal band Pentakill.