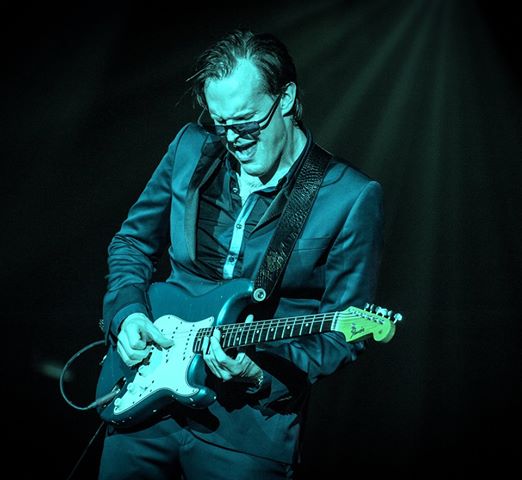 Album out next week. Dates this week

Internationally renowned guitarist and singer-songwriter, Joe Bonamassa plays three UK concerts this month, leading up to the release of his new studio album Blues Of Desperation which is released on Friday 25thMarch.  The UK concerts include Birmingham Barclaycard Arena on Saturday 19 March, Bournemouth BIC on Sunday 20 March, and Plymouth Pavilions on Monday 21 March.

Bonamassa’s new album, Blues Of Desperation, is getting rave reviews. Q Magazine gave the album 4 stars – “Bedroom guitarists everywhere should brace themselves for No Good Place for the Lonely, a song whose grand-finale solo will have them sobbing with envy and admiration.”

Uncut Magazine said the new album is, “A barnstorming triumph.”  Purple Revolver said, “Bonamassa has laid down possibly the finest album of his career to date with Blues of Desperation and, arguably, one of the finest Blues-Rock albums of all time.”

We said: “Blues of Desperation is a career high, and given this particular career, it makes it truly immense. What this record proves, once and for all, is its time to stop talking about Joe Bonamassa as the ‘King of Modern Blues’. He’s one of the all-time greats.”