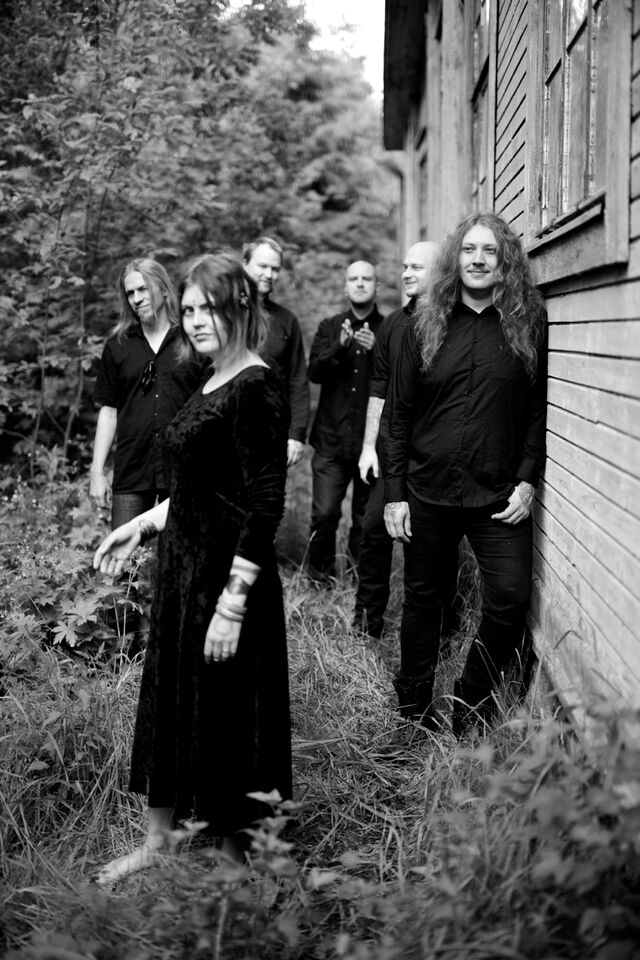 New album on the way
Since their inception in 2010, the ascent of Jess and the Ancient Ones has been astounding. With a chart-toppingly successful debut album in 2011 and the occult surf metal EP Astral Sabbat (2013) under their collective belt, the group won over many new followers on their North American tour with King Diamond last winter. Since then the collective have thinned their herd from seven to six, and spent months with minds locked inwards together, perfecting their craft and cultivating what was to become their second album.
This autumn equinox it was signalled that the hour of the Second Psychedelic Coming had come at last and work on the album complete. And what rough beast it is!
Second Psychedelic Coming: The Aquarius Tapes will be released on CD, double LP and digital formats on December 4th. Thomas Corpse, responsible for songwriting duties, comments on the great work, ” We have been following our natural need to explore different forms of musical impression, and so again our sound has evolved one step further. I must say that the change is most welcomed, for we are not the likes who like to stay in a strangling doctrine of genre rules of any sort. Music should never be composed in order to please a crowd. The most important thing is that the composing element is pleased with the outcome, for only then it may also bring true joy to the ears of the listener.  This album has its errors, and we want them to be there. They are us. They are the sound of our current state.”
First single cut off the album is the ode to Albert Hoffmann, In Levitating Secret Dreams, to which there will also be a suitably mind-bending music video by Romanian artist Costin Chioreanu. The video for this dark keyboard-driven occult garage rocker is online here:
“The album title can be seen as a bridge between the past and now. Some thoughts, words, and poems from the Aquarian age are bound to everlast and inspire generations to come. Their core always being essentially the same. Love and freedom”, continues Thomas Corpse, “Often in history that message has traveled from characters that society has announced to be ill, corruptive, and dangerous to common good. Of course the rich in their ivory towers want to silence all of these poets and warriors, but luckily they never succeed. Here be nine songs with that same old message. Feed your minds.”
facebook.com/jessandtheancientones
facebook.com/svartrecords