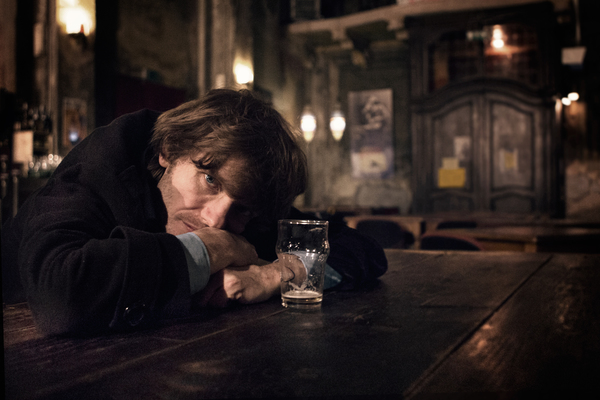 Following the release of his double CD retrospective anthology, Rain Dries Your Eyes, singer-songwriter Jason McNiff shares this new live video of his performance of “Hat” with Folk Radio.

McNiff says of the video: “I’d been wanting to get Trevor Moss to film me for many years as I’d been seriously impressed by his stuff, so when it came to making a bit of film to support ‘Rain Dries Your Eyes‘, there was no one else I wanted to ask.  Was a bit nervous playing alone in the wonderful old concert hall that is St Mary’s in The Castle, but the acoustics were unbelievable. Trevor was brandishing an old 80s Tascam player – the same Springsteen had used for Nebraska. I totally trusted Trevor’s ability as a filmmaker, but what we ended up with surpassed all expectation. This has always been a favourite to play at gigs, but I think this video has brought out a new dimension in the song that I didn’t know was there. Hope you enjoy it.”

Rain Dries Your Eyes spans more than 15 years and includes brand new tracks, previously unreleased material and songs from Jason McNiff‘s six studio albums. The collection showcases his fragile, wistful and timeless blend of blues and folk. A modern day troubadour, McNiff started recording in the early 00s, but he has a sound that harks back to the great folk rock pioneers of the late 60s/early 70s.
Jason McNiff is a London based Yorkshireman of Irish and Polish descent. With nods to Bob Dylan and the Band, Leonard Cohen, Paul Simon, Bert Jansch, John Renbourn and Wizz Jones, McNiff is often touted as one of the UK’s most precious musical treasures – a great songwriter and top-notch finger-style guitarist. His 2011 album, April Cruel (Fledg’ling Records) was nominated for best album in the alt-country category at the Independent Music Awards in the US.
Weaving inspriation from classic American songsmiths with strong roots in English folk, McNiff serves up astutely arranged ballads embued with warmth and beautifully crafted imagery.
Live dates:
20/21 May – Wood Festival, Oxfordshire
11 June – Come Down And Meet The Folks, The Apple Tree, London
https://www.jasonmcniff.com/