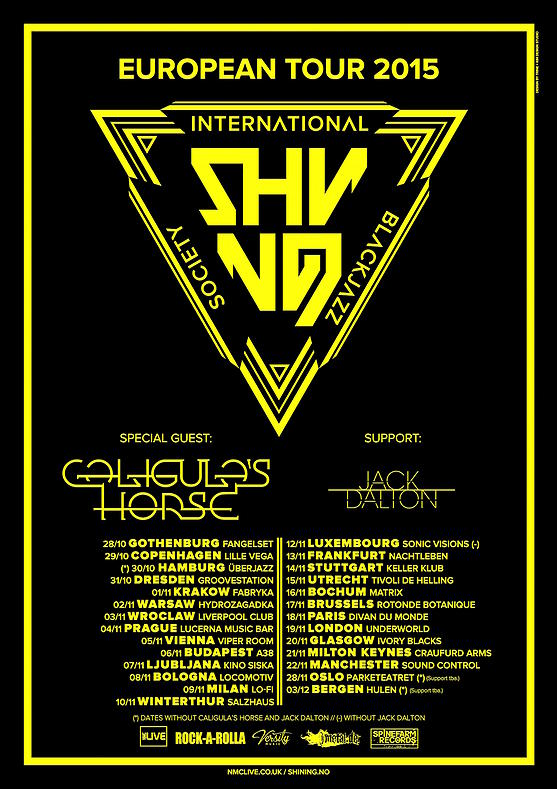 Jack Dalton rises up from the north and ventures out to Europe as support for the iconic blackjazzers Shining (NO). Together they will raise the roofs of almost 30 venues across Europe over a period of two months. With their freshly crafted album ‘PAST SWALLOWS LOVE‘, the four members of Jack Dalton hits the road with an extremely strong repertoire worthy of comments such as “…an album devoid of weak tracks or letdowns” (Adressa 5 of 6) and “First track “Inherit Repetition” is for me already a near perfect masterpiece, where it alternates between industrial machine drums, hardcore elements and evocative post-rock breaks” (Adresseavisa).

The bands have a history of collaboration as Jørgen Munkeby from Shining (NO) was a co-producer on Jack Daltons latest record, making this tour a natural and by all means an EPIC happening in itself that you just cannot miss!