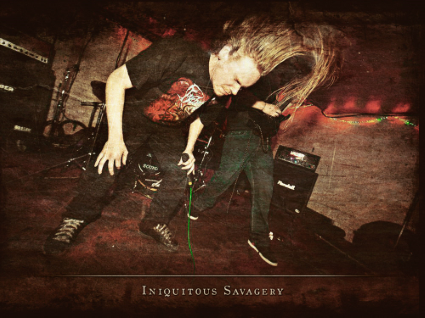 One of the sickest UK albums in a long time, apparently

Grindethic Records has announced the September 22 release of Subversions of the Psyche, the full-length debut from Scottish brutal death unit INIQUITOUS SAVAGERY.

Three years removed from the release of the Compelled by Perverse Immorality EP, Iniquitous Savagery returns with eight tracks of ultra-violent and tech-laden brutality. On their first full-length outing, Iniquitous Savagery prove themselves to be a cut above the brutal death norm by forging memorable tunes out of rapid-fire blasts, crushing grooves and guttural intensity. Recorded, mixed and mastered by Jörg Uken at Soundlodge Studios,  the band reckon Subversions of the Psycheis to be “easily one of the sickest UKDM albums in recent memory. ”