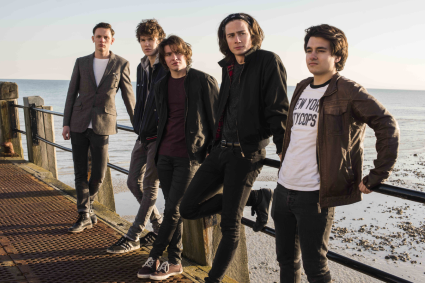 Support to Ash confirmed for tomorrow!

FlashFires have been confirmed to play the sole support to ASH in their sold out, Reading/Leeds Festival warm up show at the Wedgewood Rooms in Portsmouth.

These young Basingstoke boys have been gigging hard over the last year, gaining a large fan following with their wonderful indie guitar sound and Alex Gonzato’s stunning vocals, and now with the might of X Ray Touring behind them they are starting to pick up some serious momentum. They also have some cracking shows lined up:
12th September, BUTSERFEST (Don Broco, Funeral For A Friend, Hacktivist etc)
18th September, Jubilee Club, Barfly in Camden, London with Billy Bibby (ex Catfish & the Bottlemen)
3rd October, DIALS FESTIVAL, Portsmouth with Kagoule, Black Honey, Hooton Tennis Club
29th October, Railway, Winchester with the Sherlocks
FlashFires debut EP Play was released independently earlier this year, they are heading over to the US to record more tracks at the end of the year and have their next release due early next spring.