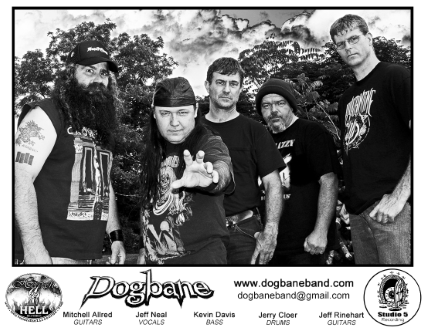 When Karma Comes Calling was recorded and produced by Kevin Davis and Dogbane at Studio 5 in Greensboro, NC.  Mixing and mastering was done by Gary Hawkins in Winston Salem, NC. The cover art is credited to Wayne Miller, CD layout/design to Linda Ronsick and Mitch Allred, and photography by Linda Ronsick and Jon Upchurch.
https://dogbane1.bandcamp.com/album/when-karma-comes-calling