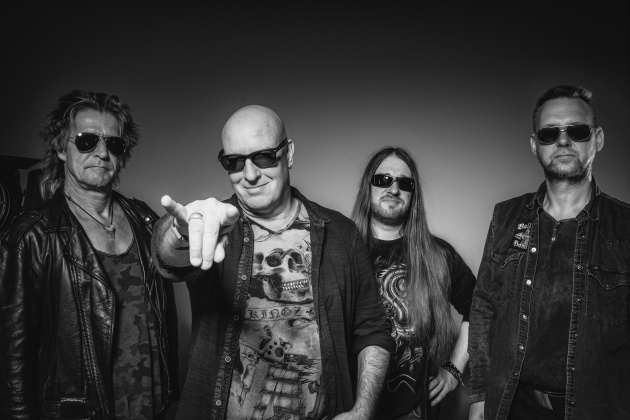 In support of its 10th anniversary, German power metal force IRON SAVIOR released a special edition of their 2011-classic album The Landing on November 19, 2021. Finally, the record is now also available on Vinyl through AFM Records!

The Landing became one of the most successful albums of the Hamburg-based band and was heralding a kind of resurgence for IRON SAVIOR back then. It contains several classic tracks such as “Starlight”, “Hall Of The Heroes” and – of course – the metal hymn par excellence, “Heavy Metal Never Dies” – a song which was streamed way more than 10.000.000 times until this day.

“We are absolutely thrilled about this very special release.“ Guitarist and vocalist Piet Sielck comments. “It’s hard to believe that it’s been 10 years already since “The Landing” came out, a true milestone in the history of Iron Savior. This tenth anniversary special edition with its subtile enhancements brings the timeless classics like “The Savior”, “Starlight” or the anthem “Heavy Metal Never Dies” with even more power and sparkle to your ears. Also check out the small changes and improvements of the reworked cover art. And now finally all this is available ON VINAL as well with “only” 5 months of delay.”

Released last year on November 19th, The Landing 10th Anniversary Edition is now also available on Vinyl. Purchase your copy at THIS LOCATION!

The anniversary album not only includes 3 bonus tracks, but was also remixed and remastered by Piet himself and comes with a revised artwork by Felipe Machado Franco.