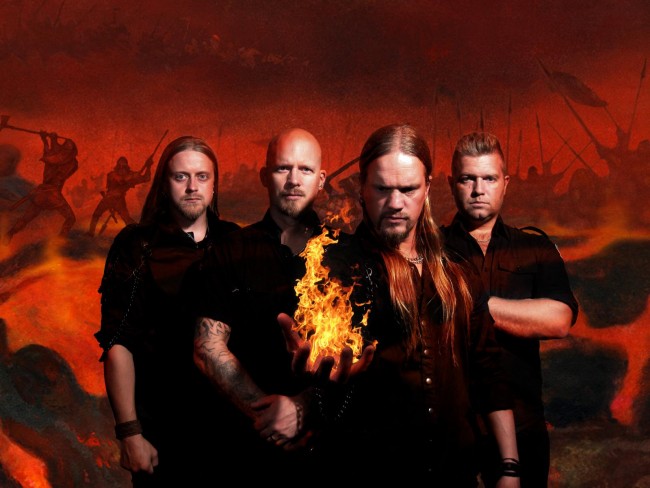 Two months today, the Vikings summon up their new one. Here’s a snippet

Their fans have long known that the 20-year veteran vikings of Månegarm are not afraid of developing their melodic pagan sound further. With their latest, self-titled album the band keeps true to course: Månegarm remains expressive and varied from the first note to the last.

The band based around singer Erik Grawsiö unveils a first audio snippet of the upcoming studio album HERE – Månegarm is set to be released on November 20th on Napalm Records!

From Swedish folk ballads reminiscent of campfires to wild and forceful black metal interludes, everything the metal sounds of the north are known for is represented on this album. Those looking for the soundtrack to life as a seafaring warrior will get just the thing with Månegarm.