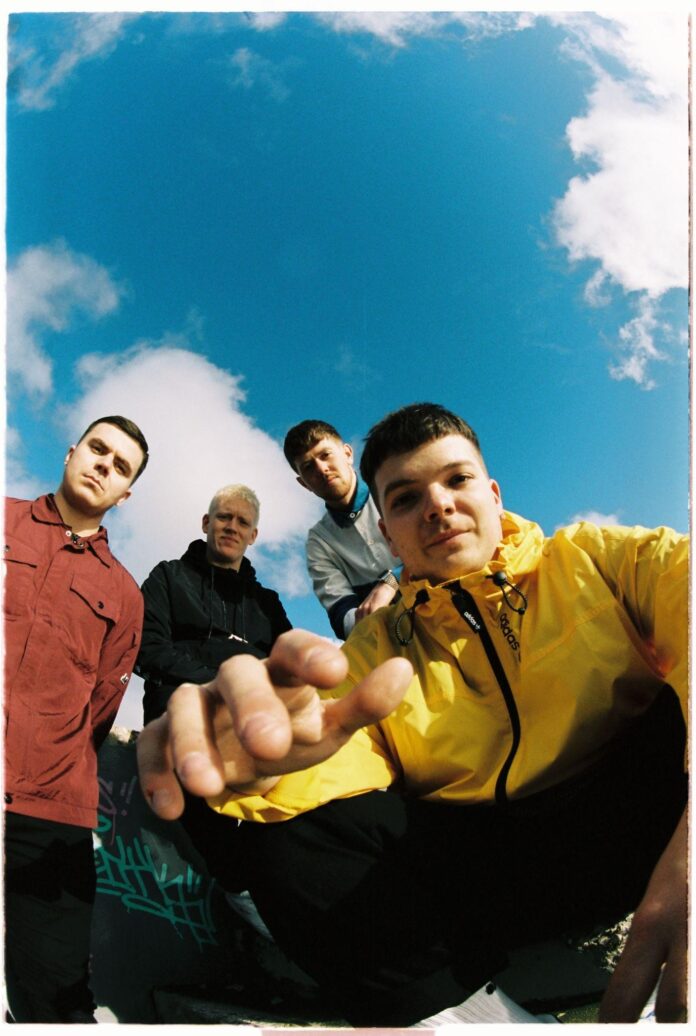 Breaking band BIG IMAGE have shared the acoustic version of their indie dance crossover hit PARALLEL LOVE AFFAIR. Performing the stripped back single in a beautiful one-take performance, the Birmingham four-piece let us into an intimate setting, showcasing both their live versatility and the strength of their pure songwriting ability.

Speaking about the new version, singer George explains: “One night we were in our lock-up after a few hours of trying to write with no success. Luke picked up the acoustic guitar and started to play Parallel Love Affair and we immediately all looked around at each other and shouted, ‘we need to record that!’ It’s so electronic on the original single version that sometimes we forget how much of an amazing song it really is. I think this version really draws more attention to the story beneath it all.”

And on the video: “It’s the first video I’ve ever directed, so I’m super proud of it. I wanted it to look natural and show what it’s like when we practice (me showing up late!). We found some old neon signs in the back room of the pub we rehearse in, so we used them in the video. Big Club Tropicana vibes!”

With smart, world-weary lyricism, and arms-around-shoulders sentiment, PARALLEL LOVE AFFAIR is euphoric and transformative pop for the masses, and this new rendition retains all the upstarts’ fizzing energy and opens an epic new side to their sound.

The acoustic version of PARALLEL LOVE AFFAIR rounds off a successful 2021 for the band. Earlier this year they played a raucous show at Birmingham Sunflower Lounge to celebrate the single’s release and appeared at Isle of Wight festival shortly after. More recently, they appeared on Scruff of The Neck TV featuring an interview with Jack Wood from Radio X and have been chosen to appear in the Scott’s Menswear nationwide Christmas campaign. With the promise of more new music in the new year, BIG IMAGE keeps getting bigger.

The band were previously known under the name IVORY WAVE and have already built a considerable live following through festival appearances and support slots with the likes of DMA’S, The Sherlocks and The Twang. The sudden pause in touring last year led to an opportunity to refocus, rebrand, and hone their sound into something altogether more ambitious for 2021 and beyond.

With a debut EP on the horizon and an album in mind for summer 2022, BIG IMAGE is ready to reach anyone and everyone with an exciting array of unifying Saturday night anthems.