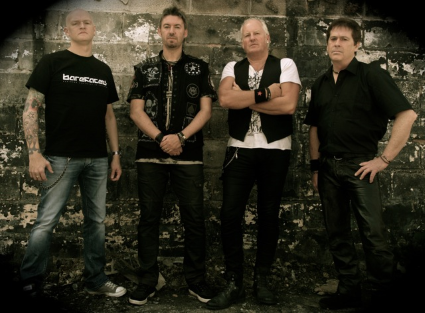 We featured them last month – now they are off to Donnington

Midlands melodic rockers Iconic Eye formed by Greg Dean as a studio project to record his favourite self penned songs has quickly transformed into something else.

Having won Firebrand Rock Radio’s Band Of The Year competition against some very stiff opposition it seems that Iconic Eye are getting prepared to take the rock world by storm.
Having secured a slot at the prestigious DOWNLOAD festival this year the future is looking incredibly bright for this talented bunch of gents.

The album features two vocalists. At the beginning Lee Small (Shy) was bought in to do session vocals on five tracks and later the remaining seven tracks were completed by  now permanent  band member vocalist Tim Dawes.