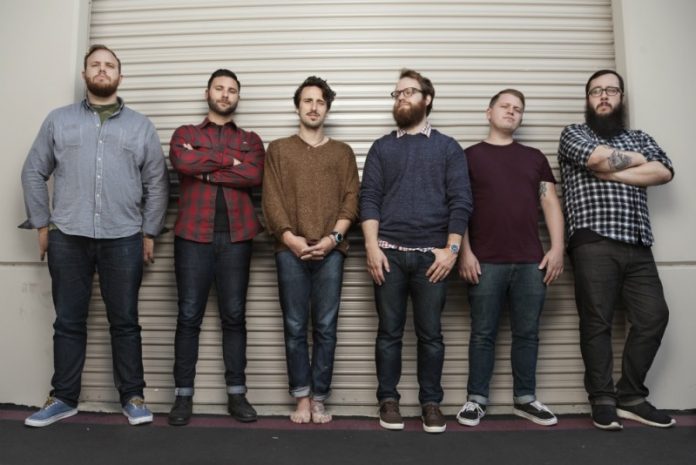 New video and on tour now

The Wonder Years have released a new music video for their song ‘Stained Glass Ceilings’ today. It was directed by Jeremi Mattern and filmed in the band’s hometown of Philadelphia, PA. The video features Jason Aalon Butler from letlive. and can be seen now only on the band’s official website:www.thewonderyearsband.com.

The song is taken from their recent album No Closer To Heaven, which is out now on Hopeless Records. Fans can purchase the album via the band’s official website or iTunes. The 13-track album was recorded and produced by Steve Evetts and mixed by Phil Nicolo.

The band is gearing up to head out on tour with letlive., Tiny Moving Parts, and Microwave!  The tour will kick off on March 5th, 2016 at Town Ballroom in Buffalo, NY. Tickets are on sale now and can be purchased at www.thewonderyearsband.com.

No Closer To Heaven, the recently released new album from The Wonder Years debuted #9 on theBillboard Top Albums, making it the band’s largest debut of their career. In addition, No Closer To Heaven secured the #1 spot for both the Current Alternative Albums and LP Vinyl Albums charts.

The Wonder Years are vocalist Dan “Soupy” Campbell, guitarists Matt Brasch, Casey Cavaliere and Nick Steinborn, bassist Josh Martin and drummer Mike Kennedy. Coming together over ten years ago, they have performed in forty-five states and twenty-five countries. Prior to No Closer To Heaven, their albumThe Greatest Generation debuted in the top 20 on the Billboard Top 200. The band has been seen on the cover of Alternative Press Magazine and featured on RollingStone.com, SPIN, FUSE, MTV, LA Weekly, Newsday and more.