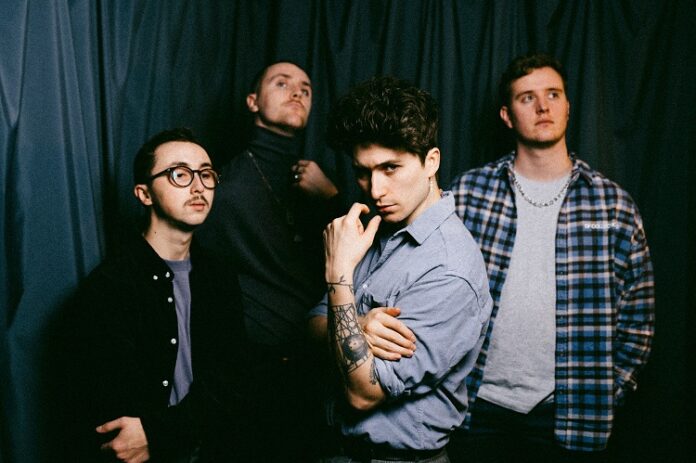 Earlier this year Holding Absence performed their latest album ‘The Greatest Mistake Of My Life’ live & in colour during a stream from the beautiful Portland House in Cardiff. To mark the band kicking off their UK tour supporting Creeper today, they have released a video taken from the livestream of their performance of album track ‘Drugs and Love’, which you can watch here: https://youtu.be/NCKJbjoGgwY

Frontman Lucas Woodland comments “We are once again super excited to show you guys some more footage from our live-streamed album-in-full performance from earlier this year! Drugs and Love is one of our favourite songs on the record, and we’re hyped to release this version for everyone to enjoy.”

Determined to make the stream as special as possible, the band enlisted not only Grammy-nominated producer Romesh Dodangoda (who produced previous singles ‘Gravity’ and ‘Birdcage’ and mixed the Bring Me The Horizon ‘Live At The Royal Albert Hall’ DVD) and director Zak Pinchin (who worked with the band on ‘Like A Shadow’, ‘In Circles’, ‘nomoreroses’ and more) to work on the project, but also additional musicians Toby Evans (Casey), Arwel Brown (Nightlives) and Caitlin Woodland, to help elevate the songs to a whole new level.