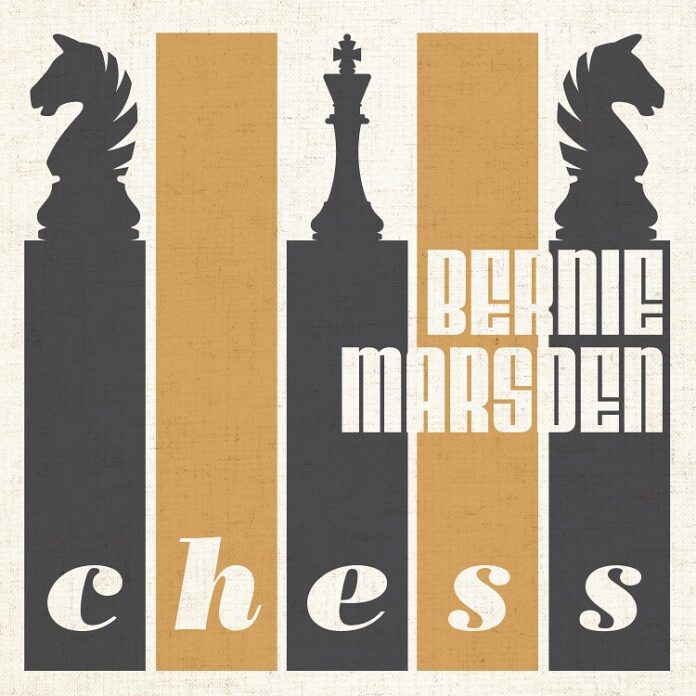 See, blues and prog it seems to me, are the two genres that people don’t dabble in. They are, in the words of a Twitter friend of mine’s bio, the type of thing that people go on a “journey” with.

Then there’s the likes of me, who faced with “Chess” can basically just about muster “but I really like it….”

Some facts might explain. This is the second in Bernie Marsden’s (and Bernie is just about the only star I’ve ever known clear people from his own merch table so I could walk past, before seeing me out of the venue to make sure I was ok after a gig that wasn’t great for someone with sticks, so thank you!) “Inspirations” series. The first one dealt with the Kings (literally) the second one deals with the fabled Chess record label.

And this is where the struggles begin, because in all honesty I know precisely two of the songs on the record. One is the stunning “Grits Ain’t Groceries”. And I only know that because it was on Joanne Shaw Taylor’s blues covers record from earlier this year.

Does it matter? I’d argue no. Not really, because anyone with a love for the sound (and I’ve definitely got that) could appreciate the brilliance of the opener “Just Your Fool” and even the most uneducated palate on the planet can spot a brilliant band playing at the top of its game.

There’s such a joy here about work like “Back In The USA” (the other one I knew) and for all Bernie’s mighty guitar, Bob Haddrell is in stunning form on keyboards throughout.

The harmonica (played by Alan Glenn) drenched “I’m Ready” – which came out as a single last week and finally convinced me that I didn’t need to have an encyclopaedic knowledge of every grizzled blues man called “blind Willie something or other to write about my love for this record – has the early rock n roll feel of the Elvis songs I loved as a boy, and the shuffle of “You Can’t Judge A Book” is simply wonderful.

Things get proper swampy and 12 bar on “I Can’t Hold On” and you can almost sense the fun they are all having with this album, and going through these songs. Like they all have, you imagine, all their lives.

“Won’t Be Hanging Around” slows things down and finds a classic Blues vibe while its at it, and “Fattening Frogs For Snakes” is the type of thing that in my head is playing in every bar just off Beale Street, never mind Chicago.

There’s such a deftness about this. Such a class. “That’s Alright” is a fine example of a band working together in total unison, while “Who’s Been Talking” floats on by, hiding its pain on a summer specked soundscape, and its drum pattern is perfect.

Then there’s Marsden himself. His playing is just so, so good. One of the best ever, he is never better than doing what he loves. There’s two self-penned instrumentals here as if to underline it. “Lester” and “Johnny” are so lovely and expressive too. He deserves to jam them on stages everywhere, going where it takes him.

Ultimately though, for a very practical reason, it makes no difference what I think of “Chess”, given this is Bernie Marsden’s labour of love. Then there’s another thing too. The idea for both these records came – as the press release rather cautiously notes – after a discussion on heroes with Billy Gibbons.  If Rev Bill tells you to do something, its perhaps best to acquiesce, after all. That all being said, it’s a pleasure (if we may paraphrase from ZZ Top here) to hear Bernie Marsden play these thangs.