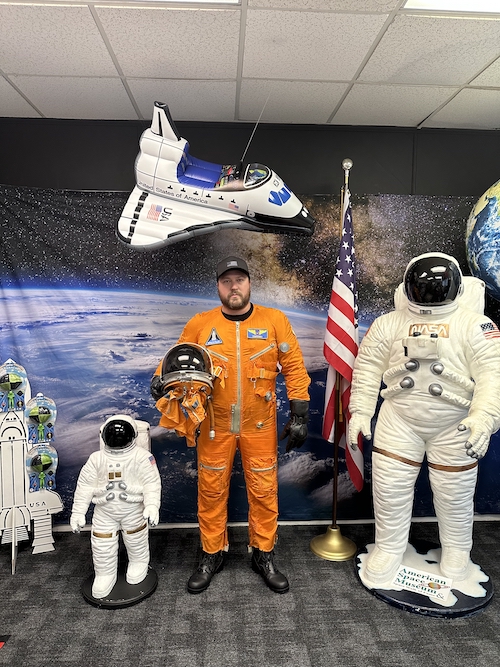 Riser House/Columbia Nashville/Sony Music Nashville #1 hitmaker Mitchell Tenpenny premiered the official music video for ‘We Got History’ yesterday. The video was filmed near Cocoa Beach, Florida and was directed by Brenton Giesey. ‘We Got History’ is the new radio single from Mitchell’s This Is The Heavy album released last fall. Watch the video HERE.

‘We Got History’ was written by Mitchell, Andy Albert, Devin Dawson, and Jordan Schmidt and comes on the heels of back-to-back #1 singles, ‘Truth About You’ and ‘At The End Of A Bar’ with Chris Young. Mitchell made history with this feat for achieving the shortest time between #1 songs in the modern chart era with a three-week span.

Mitchell launched his ‘This Is The Heavy Tour’ US last night at the Northern Quest Resort & Casino in Airways Heights, Washington. Among the 16 city tour are back-to-back nights in his hometown of Nashville at the Ryman Auditorium. Go to Mitchell10penny.com for tickets. Tonight’s tour kick-off is just days after his participation in the 2023 Maui Songwriters Festival at the Grand Wailea Maui-A Waldorf Astoria Resort. Sony Music Publishing Nashville presented an all-star lineup of talent for the festival, which also doubled as a honeymoon with his singer/songwriter wife Meghan Patrick.

This spring, Mitchell will play shows in Europe and Australia for the very first-time, beginning with a run of co-headline dates with Australian-born country phenom Morgan Evans on the aptly named ‘Day Drunk Me Tour.’ Mitchell will then play the C2C Festival dates from 10 – 12 March and two shows for CMC Rocks in Australia on 18 March. Go to Mitchell10penny.com for tickets.