BAND OF THE DAY: ERASE THEORY 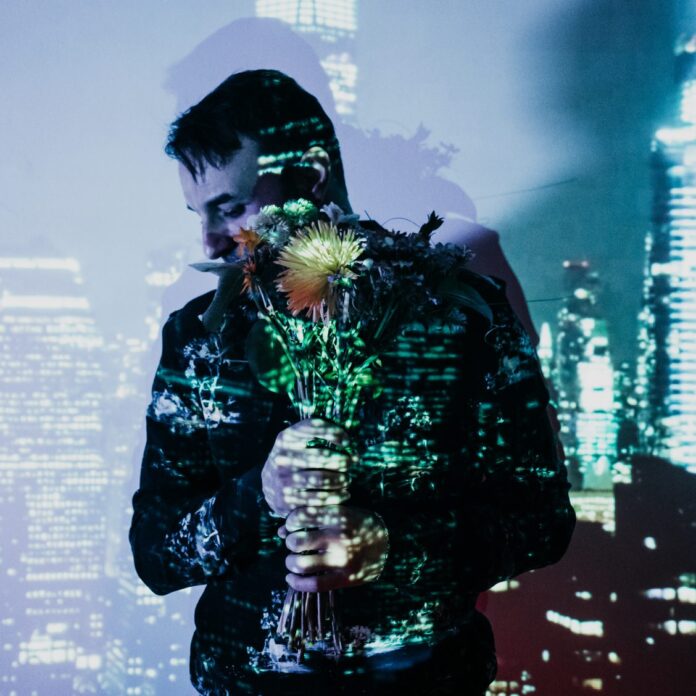 ‘Stay’ features on ERASE THEORY’s forthcoming self-titled debut EP, which will be released 24th February via Icons Creating Evil Art. It’s an emotionally devastating pop rock anthem which Jeff says was written in “two hours, as my fiancé was moving out of our house. I was so sad, I didn’t give a shit about what it sounded like or how honest I was being.”

And that’s a mood that defines ERASE THEORY, with Jeff trying numerous styles, genres (and a few different singers) before settling for the one that felt the most natural. “For a while, it felt like I was trying to play a character. It was only when I gave myself permission to be myself that it felt right.” After a lot of trial and error to find something that felt exciting, the end result is something Jeff describes as The Weeknd meets Nine Inch Nails but with nods to childhood influences David Bowie, Fleetwood Mac, Led Zeppelin and Depeche Mode.

It’s been somewhat of a turbulent start to the life of this project with the cathartic debut single ‘Lost It’ being released towards the end of 2022 under a totally different name. “No matter what life throws at you, we will always have music,” says Jeff Sahyoun when musing on the forced name change of his project as he unveiled the new name to followers garnered so far. “To me, it’s one of the most powerful assets the universe has given to us. It’s a language we all speak and an endless movement of frequency that allows the soul to crossover.

About a month ago, my peace here was threatened by an organization within our musical community. This organization used a capitalistic effort to bully me out of something I’d been working on for over 4 years. The individual posts videos about DIY ethics, the love for the arts, speaks about the struggle of “making it”, supporting artists globally and also claims to want to help other artists bring their vision(s) to life. Yet, behind closed doors he is sending threatening letters to other artists, in the same community, for using a WORD that he found in the English dictionary and claims as his own.

I am re-branding … and changing my band’s name to ERASE THEORY. I want to take this time to truly send love to that organization – and I mean that. I feel for you, the type of individual you are and the example you set. I want to send positive energy into your life … and wish you the most success. What you are seeing as a threat (for reasons unknown), I am seeing as a success. We’ve made enough of an impact here to have been noticed in such a short amount of time. For that, I am thankful. As I’ve stated here before, it’s always going to be about what happens FOR us and not to us. There are reasons as to why the world didn’t want us to co-exist even though it was entirely possible. I’m not here thinking twice about it. Instead, I am moving with it and doing so with a smile on my face. A lot more good came out of this in our camp and 2023 is going to be that much more explosive.

I’m sure you are reading this, so plz never hesitate to DM me personally if I can do anything to ever help you in the future. You don’t need a lawyer to ask me for that. As artists, we should always be working with each other and not against one another. Our world needs more love and I can teach you how to do that. No hands to hold grudges here.”