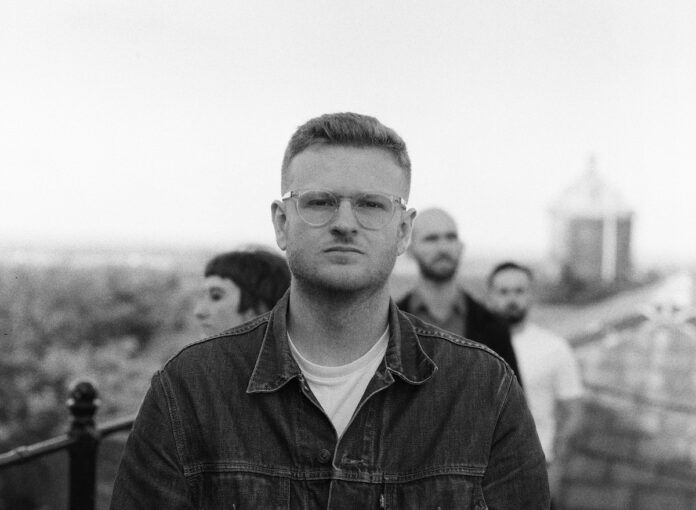 Liverpool-based art-rock/indie-pop band San Lorenz (formerly SPQR) are delighted to announce their return with new single ‘Where’s The Shock?’ out now on all good DSPs.

The single follows on from previous standalone release ‘Tightrope’ which came earlier this year, with both tracks recorded at the band’s own Yellowbird Studio in Neston and mixed by Grammy Award winning producer Mark Rankin (QOTSA, Adele, Bloc Party).

Although anchored in pop-leaning melodies, new offering ‘Where’s The Shock?’ is lyrically dark and complex, interrogating the listener in a desperate bid to make sense of the numbing emptiness experienced by vocalist Peter Harrison as he battled grief and bereavement under lockdown and social distance restrictions.

Commenting on the track, Harrison says: “‘Where’s the Shock?’ is a song that came together after hearing the news that my mum was very ill. I suppose I’d never faced that kind of live or die ultimatum with someone so close to me before and this song is specifically about the confusion surrounding my initial reaction to the news. I found that my own issues almost blocked me from feeling anything at all, which was terrible.”

“The whole time that my mum was ill it was still lockdown, and I couldn’t go anywhere near her for over a year while she battled to stay alive, so I suppose to stop myself going completely insane I just wrote loads of songs like this. And people say there’s no place for art in troubled times?”

Working once more with long-time collaborator and creative director Liam Powell, the track also comes with a stark video. “The shoot for this video was easily the most fun we’ve had so far,” Powell explains of the concept. “Getting drunk and destroying a nice pristine set is definitely in the band’s wheelhouse—it’s a shame we never did it sooner. Decay was a big theme for this one, and getting that across visually was a tricky hurdle. We played about with Super8 footage which is always a risk, and equally the performances needed to feel more chaotic as the song progresses. Whisky played a big part in bringing that to life!”

Recently changing their name in a firm moral stance against white nationalists co-opting the phrase used as the band’s previous moniker, San Lorenz spent the entirety of lockdown suspended in limbo. With long-awaited album plans alongside extensive touring scheduled throughout 2021, the band had been on a thrilling and well-deserved upward trajectory before the world was cast into pandemic chaos.

Spending the majority of 2020 touring the country supporting HMLTD, JOHN, and METZ, they earned themselves a reputation for delivering powerful performances across a number of electrifying headline shows, with The Guardian hailing their “dramatic art rock” as “local favourites” in their review of Liverpool’s Sound City Festival.

The band’s previous single, ‘Tightrope’, saw them tour the country with friends CHILDCARE, playing a stand-out show at London’s Lafayette, and the band were also supported by Amazon Music and YouTube Music.

Further details of new material and live dates TBA over the coming months.

New single ‘Where’s The Shock?’ is out now