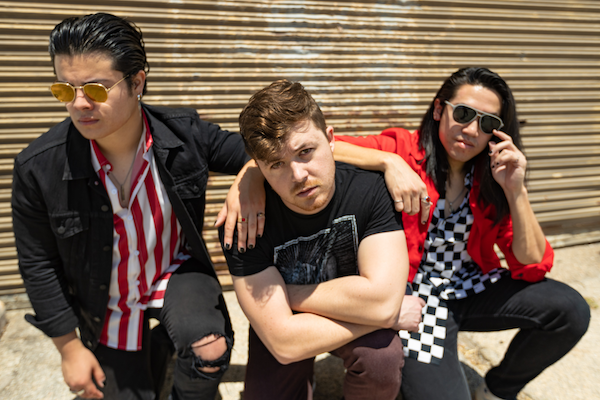 Frontman Kevin Kawano says, “Working with Jakob was such a blast. He came down to the studio so we could show him what we were working on. At this point we had played multiple shows together, so we knew that Jakob was going to KILL IT vocally, but we had never recorded anything with him before so, at the same time, we didn’t really know what to expect. He stepped in front of the mic and just went for it. He truly made that verse his own, adding a distinct new flavor to the song that really brought everything together. We couldn’t be happier with how the it came out! And on top of that, Jakob is such a fun hang, one of the nicest guys we’ve met in the industry for sure!”

Hailing from Torrance, CA, the duo has been steadily amassing fans since their early singles took off on KROQ (many of which spent weeks at #1 on the station’s weekly program ‘Locals Only’).

A late-Summer appearance at Redondo Beach’s Beachlife Festival further cemented them as a band to keep tabs on, with their incendiary performance all but demanding attendees take notice.

Kawano met bandmate Matthew Lau and together they formed the band in 2017. After writing dozens of demos and carving a name for themselves on the Los Angeles club circuit, the band met with producers Steve Ornest and Wyn Davis at Total Access Recording Studios (Sublime, No Doubt, Guns N’ Roses). They began working on what would become their debut self-titled EP, which was released in March 2020.

Joker’s Hand songs are timeless, weaving multiple genres of music like pop, punk and hip-hop into their rock-rooted sound. The band’s explosive live shows coupled with their ear-catching vocals and musicianship has catapulted them above the noise floor of the Los Angeles rock music scene.

Watch for more new music from Jokers Hand in the months ahead.