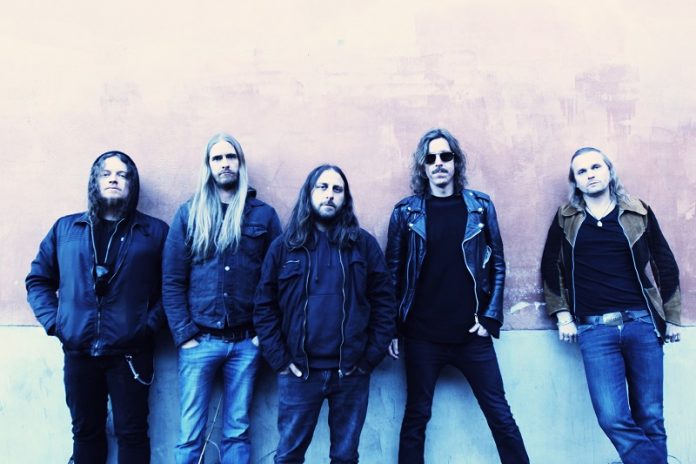 Massive show for Swedes
OPETH are set to play a one-off UK show at London’s Wembley Arena this winter.
The Swedish band are currently hard at work on their new album, the follow up to 2014’s ‘Pale Communion’, which is pencilled for a release later this year.
Last year the band celebrated their 25th Anniversary with a string of special ‘An Evening With…’ shows, that saw the band grace the stage of historic and celebrated venues such as London’s Theatre Royal, LA’s Orpheum and New York’s Beacon Theater.
OPETH frontman, Mikael Akerfeldt informs us; “We have played Wembley Arena once before supporting Dream Theater but to be back on our own, so to speak, is a daunting yet exciting task.  London has always been kind to us ever since our very early overseas shows, and I have no doubt that this will be yet another overwhelming experience.  This will be the biggest show we have ever done on our own and we will approach it with our 25 years as a band in our luggage.  It will be memorable and fantastic I have no doubt.  I hope you’ll be there to celebrate with us.  A bunch of bums from Stockholm.  Can’t believe we’re doing this.  I’m nervous. Excited.  Fucking hell!  Opeth at Wembley Arena.  Who would have thought?!”

General admission tickets and limited VIP packages will go on general sale at 9am Friday 18th March fromhttp://www.livenation.co.uk/show/817997/opeth/london/2016-11-19/en or http://bit.ly/1QYIgiO.
For further info on OPETH  point your mouse at www.opeth.com.