Hellhorse Promise You A Good Ride 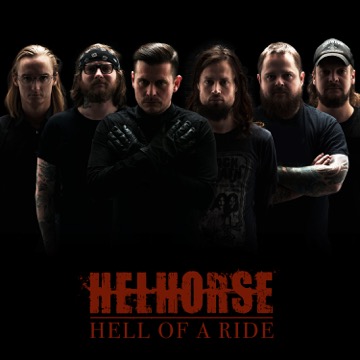 March 26, 2016
Reading time: 3 min.
Facebook
Twitter
Pinterest
WhatsApp
Linkedin
Email
Print
Telegram
Copy URL
By Andy Thorley
If you say you sound like Black Sabbath and Thin Lizzy, we say you’d best be really great……
As we approach the May 13th release of the anxiously awaited new album from Denmark’s fiercest purveyors of sludgy rock, HELHORSE, the band proudly unveils their new video for pulse-pounding lead track, “Hell of a Ride”.
Produced and edited by Plastickid, shot by Theis Mortensen and staged in a simple setting, the video shows that, really, sometimes all you need to make a point is a band in peak form (“sounding like the bastard child of Black Sabbath and Thin Lizzy”), plus a bunch of rowdy friends. Simply, the song fully lives up to its title, bursting at the seams with ominous, explosive energy, and leaving the listener / viewer with the overriding urge to break something. Anything.
Join the party and bring the house down with HELHORSE’s gargantuan riff monster “Hell of a Ride”;

With their raw, unholy mix of dirty metal, punk and classic rock, HELHORSE have positioned themselves on the Nordic rock/metal stage as a serious force to be reckoned with. With two critically acclaimed albums under their belt, the Copenhageners take the next bold step forward with “Helhorse”.

Overseen by noted US producer Michael Beinhorn, this the Danes’ 3rd album will be released worldwide in May through Spinefarm Records on CD,  LP and all digital platforms. 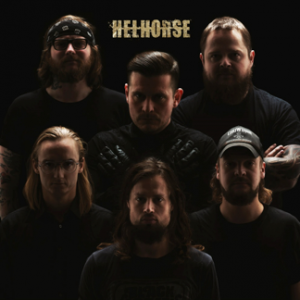 Previous article
Tats A Wrap
Next article
Get Lost!