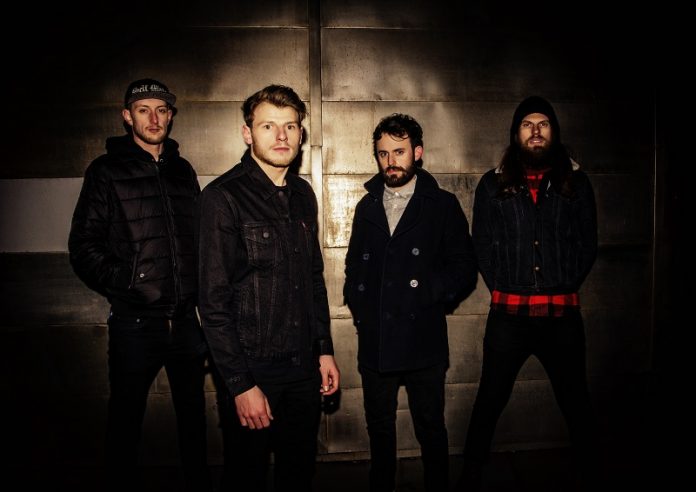 British four-piece BOY JUMPS SHIP have debuted the video for ‘Lost & Found’. The track is the second single to be taken from the band’s forthcoming first full-length ‘Wake Up’, which is due for release via AMAZING RECORD COon April 22nd.

“Our second single ‘Lost & Found’ is one of my favourite songs from the album and has been working great live. We nicknamed it ‘Party Song’ before it was given a name as it just makes you want to dance and jump up and down” – Si Todd

“We are really excited about the video for our new single Lost & Found. We went down to Manchester to shoot it, the location was really cool and had a real gritty feel to it, we love that. The song is really energetic and we felt it was really important that the video captured that energy and the spirit of the song overall, it certainly does that and we can’t wait for people to see it.” – Gav Gates

Hailing from the North-East of England, BOY JUMPS SHIP have gained a reputation for their energetic, passionate and exuberant live performances up and down the country and around Europe. Touring with the likes of Only Rivals, Young Guns, Arcane Roots and We Are The Ocean to name a few, as well as the UK leg of the 2015 VANS WARPED TOUR, audiences found themselves instantly connecting with their unavoidably addictive, massive melodic choruses and heavy-hitting riffs.

‘Wake Up’ is released via AMAZING RECORD CO on 22nd April and is available for pre-order here: https://BoyJumpsShip.lnk.to/WakeUp

The band will also play a one-off special launch gig in their home town on 23rdApril at Newcastle’s O2 Academy 2. Tickets for all headline shows are available as a discounted bundle with the album here pre-order here:http://smarturl.it/Wake-Up