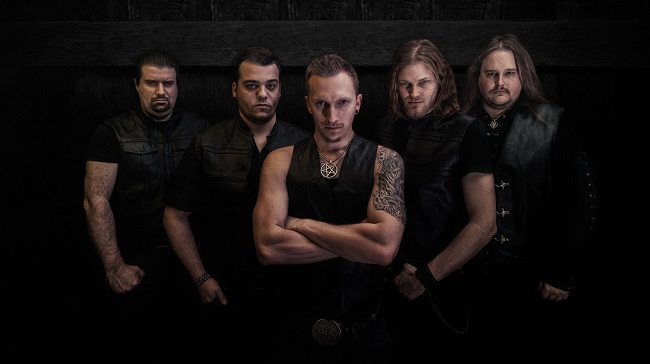 …One of those bands with members called Bloodthirst and Filthgrinder

Influenced by Scandinavian Black and Death metal, guitarist Bloodthirst had been working on his own songs for a while, until he joined forces with drummer Filthgrinder.

The first sessions proceeded and in early 2010 vocalist Essark joined the band, just to be enforced by Zeppomath on bass a few months later. From that point Unhallowed constantly worked hard on their material, and in late summer 2010 several songs had ripened to be recorded for the demo called “Blackened Skies”, which was released in March 2011.
At the same time Nebirus was recruited on the rhythm guitar and the band started to spread it’s poison live on stage. Besides absolving numerous gigs, UNHALLOWED focused on rehearsing the material for a debut album until late summer of 2012. In September the recording sessions started at Soundtempel Studio with producer Stefan Traunmüller. The mixing process was finished until the end of 2012, and the mastering issues were handled by Krystian König at KK-Studios.
Finally after the end of the bands previous label the result, “Enter Damnation,” will be unleashed upon mankind in 2015. Expect something epic!