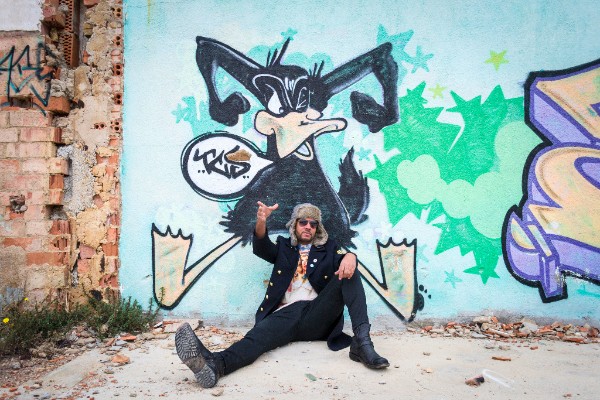 The next great classic rock star is on the way

Whatever they’re putting in the water in the land of green, Peter M. Smith has been drinking it in abundance. Set to follow in the footsteps of fellow Irish rock greats with “Speak No Evil”,Peter M. Smith has already conquered the history-­‐laden heights of the Irish rock charts with his No. 1, alt-­‐rock cover of Joy Division’s “Love Will Tear Us Apart”.

Combining influences ranging from Ireland’s own Thin Lizzy to America’s Lenny Kravitz, Barcelona-­‐based Smith echo’s a rich multitude of rock royalty with his own future rock classic “Speak No Evil”, out 25th March and taken from his debut album set for release later this year. Seeping with gritty swagger from the get go, “Speak No Evil” sets its sights at the very top with Smith boasting the kind of stomping attitude, shattering guitars, pounding drums and anthemic vocal hooks fit for stadia and arenas.

Not being content with a No. 1 single across all Irish digital platforms with the cultured rock rendition of “Love Will Tear Us Apart” (released to raise awareness in the lead up to Ireland’s “Yes Vote” for Marriage Equality) and the further chart success with “Ireland Laid Bare”, a compilation album co-­‐produced by Smith featuring 16 of Ireland’s top artists, Peter M. Smith is primed to make 2016 his springboard towards the rock hall of fame with his recent signing to Lonely Child Records.

Released Monday 25th March 2016, the track should come with a health warning to up your dosage of cod liver oil capsules, “Speak No Evil” will lead to repeated fist pumping.