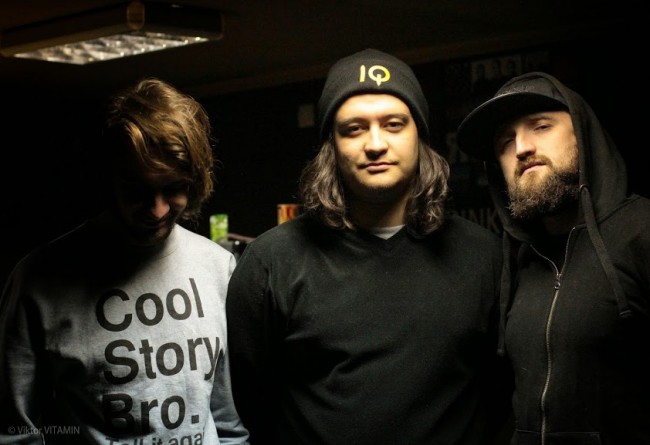 July 13, 2015
Reading time: 1 min.
Facebook
Twitter
Pinterest
WhatsApp
Linkedin
Email
Print
Telegram
Copy URL
By Andy Thorley
Stoner  kings  from Ukraine release their third record
STONED JESUS is a trio hailing from Kiev, Ukraine, which has been one of the biggest bands to emerge on the Eastern Europe stoner scene these past few years.
Formed in 2009 by guitarist and vocalist Igor, they first toured Russia and Ukraine extensively, after what they released their highly-anticipated debut “First Communion”. 2011 saw STONED JESUS kept exploring and changed direction with the “Stormy Monday” EP, but it is mostly with their second full-length “Seven Thunders Roar” that the band really drew attention , pushing their songwriting to another level. Less doom, more psychedelic, the album peaks with 16-minute long epic  “I’m The Mountain,” which remains the most progressive and ambitious song the band has written so far.
After a slight lineup change and a couple of more material released, STONED JESUS returned in 2015 with their third album to date, “The Harvest”. One thing is for sure: it didn’t leave the fans indifferent, by getting away from the trio’s psychedelic roots to offer a more fun and straightforward approach. From its catchy hooks and compelling vocals to its darker auspices, “The Harvest” can be seen as a red hot rock’n’roll meteor, probably the most ardent album STONED JESUS has ever released. It will prompt you to jump in the pit asap, and mosh as if it was your last night on Earth. Louder!
www.stonedjesus.bandcamp.com
www.facebook.com/stonedjesusband
www.twitter.com/StonedJesusBand
www.stonedjesus.bigcartel.com
Previous article
Heading South
Next article
A Bult From The Blue