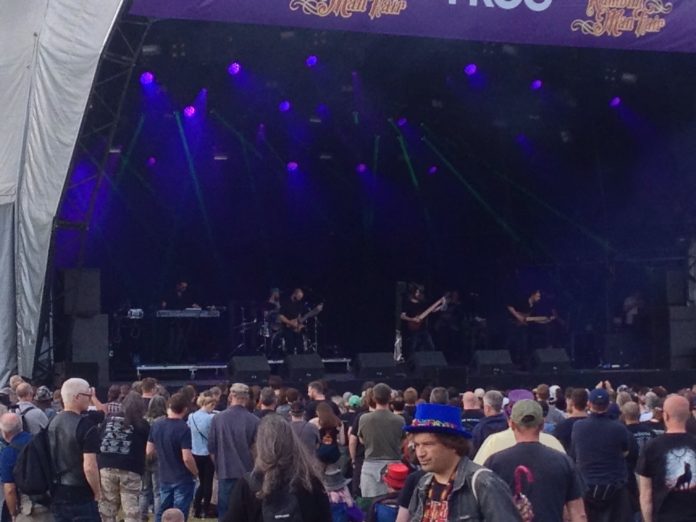 Ross Jennings’ line of “we are Haken, like Bacon” has the air of something the frontman says often.

This, is Haken’s (according to their Facebook page it’s like Taken) first – as they put it – “proper” festival slot. And by God, they make it a good one.

50 minutes of sheer class would do as a summation. You probably have a right to demand more description. So imagine if Marillion and Steven Wilson decided to play Dream Theater tunes for a giggle. Got it? Good.

Four songs. Fifty minutes. The incredible harmonies of “Chameleon King” appeared to be the pick. That is until they played the sheer sonic brilliance of “Crystallised” and frankly the circumstances that see half their set clash with Saxon and the end coincide with Dream Theater starting just yards away are a mere blip on the road. Future Prog Stage headliners. No doubt.