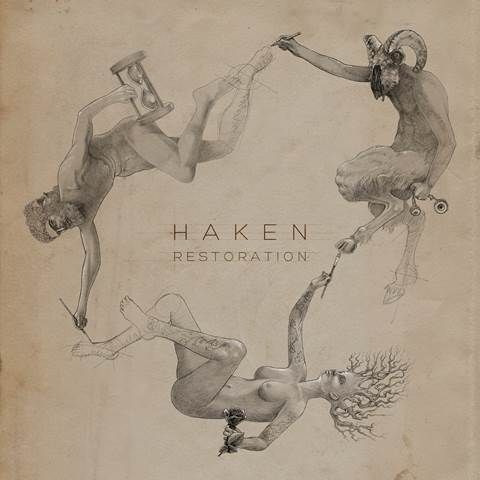 London-based progressive metallers Haken, who recently wowed MVM at Ramblin’ Man Fair,  will be heading out on tour with the mighty Between The Buried & Me this September in Europe. To coincide with this, last years ‘Restoration EP’ will be released on CD on the 11th September 2015.

You can check out a video for the track ‘Darkest Light’ from the EP here:

As previously mentioned, Haken will head out on tour starting the 16th September, all around Europe with Between The Buried & Me who recently released their new album ‘Coma Ecliptic’.
HAKEN previously had this to say about the dates:

“Excitement levels are off the scale in the Haken camp at the moment! Being offered a tour support slot with one of our favourite bands is an absolute dream come true. Their music has had a massive impact on us as a band and individual musicians over the years. Our new album is shaping up to be a real beast! We’ve written a bunch of sketches and are currently selecting which ones to develop further.  We can’t wait to share it with everyone.”

The band will be playing the following dates:

HAKEN recently also completed some summer live dates including Hellfest in France, Night of the Prog in Germany, Ramblin Man in the UK, plus a run of dates in Sweden with Neal Morse Band. The band is also currently at work on their forthcoming new studio album.