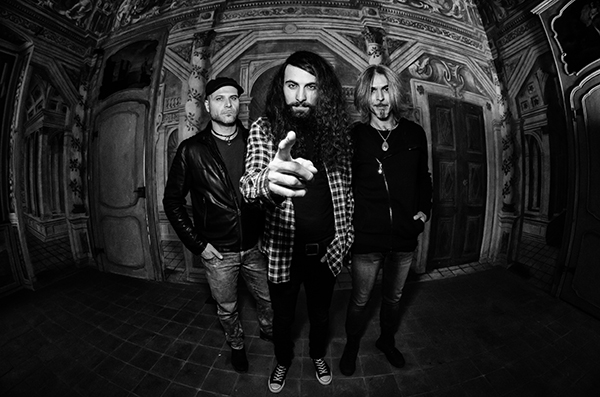 Italian alternative rock band GUNASH have today released their new single ‘Revenge’ digitally via Golden Robot Records. ‘Revenge’ was lifted from their upcoming album, All You Can Hit which will be released on all digital platforms on April 29 and is available for pre-order/add/save now.

‘Revenge’ is a powerful rock song that describes how we sometimes trust the wrong people, and that the consequences of these choices lead us to hate those people to such a point that we wish bad things on them. But we, for the sake of dignity, dissimulate our real feelings in public.

GUNASH’s album title, All You Can Hit, is a play on “All You Can Eat,” a trend that many restaurants have adopted and that the band consider one of the many examples of spreading consumerism into our society. Musically, the album is enhanced by legendary musicians such as Derek Sherinian (ex- Dream Theater, Billy Idol, Alice Cooper, Sons Of Apollo), the voice of the stoner rock icon Nick Oliveri (Queens Of The Stone Age, Kyuss, Mondo Generator), the cello of Marco Allocco (Pavarotti & Friends, The Berliner, Quintettango) and the harmonica of Tom Harp Newton.

Pre-order/add/save ‘All You Can Hit’ HERE

ALL YOU CAN HIT
TRACK LISTING
Revenge
B.J Quinn
The Sea is Full of Dreamscapes / The Kraken
Emerald City
House of Sand (A Bad Dream)
Winter Wind
Crimson Tentacles
The Graveyard-Keeper
Predators
No More Promises
Predators