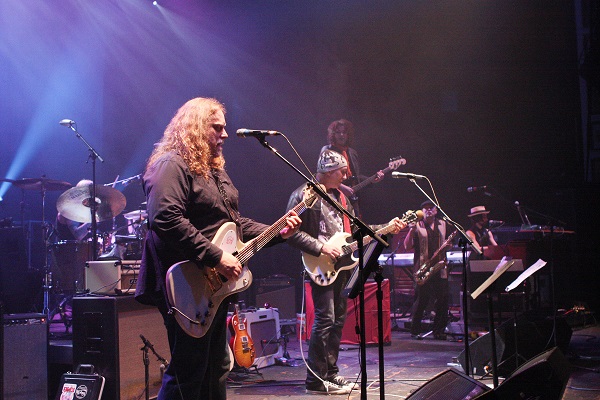 Few bands have a reputation for making music as consistently honest, organic, and daring as Gov’t Mule. But in curveball mode, and for the first time in its 20-year career, Gov’t Mule has delved into its vaults for Stoned Side Of The Mule (Vol 1 & 2).

After last December’s Dark Side of the Mule, January’s Sco-Mule, and Dub Side of the Mule (released April 6th) the fourth and last release in this series will arrive on April 20th. Stoned Side Of The Mule (Vol 1 & 2) is a limited-run, vinyl-only release of highlights from its fabled Halloween 2009 performance at the Tower Theater outside of Philadelphia. The show featured a long and varied set of impassioned, expertly executed Rolling Stones covers as only the Mule can deliver, with special guests Jackie Greene (Phil Lesh & Friends, Black Crowes, Trigger Hippy) and saxophonist Steve Elson (Stevie Ray Vaughan, Radiohead, David Bowie).The 2-LP with the Mule ripping through impassioned Rolling Stone covers is newly-edited and mastered.