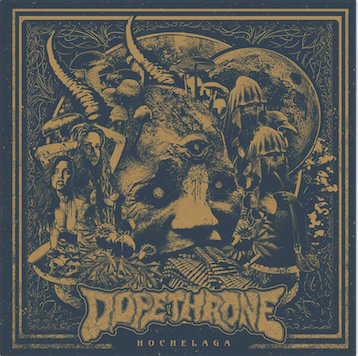 The band are thrilled by it and say: “It’s by far the most powerful and ass-kicking record the legendary sludge trio has ever released, so I hope you’ll dig it as much as we did!”
After three records that made the sludge & doom community bow down in front of such evilness, Canada’s most insane and weed-laden outfit gets back to business with their new album “Hochelaga”. And, say the men behind it: “The riffage is more infectious than ever, atmospheres are nothing but filthy and degenerate, and the overall sound is as monstrous and crushing as a mountain troll crawling into Montréal’s sewers…”
Lovely.
Here’s a video.