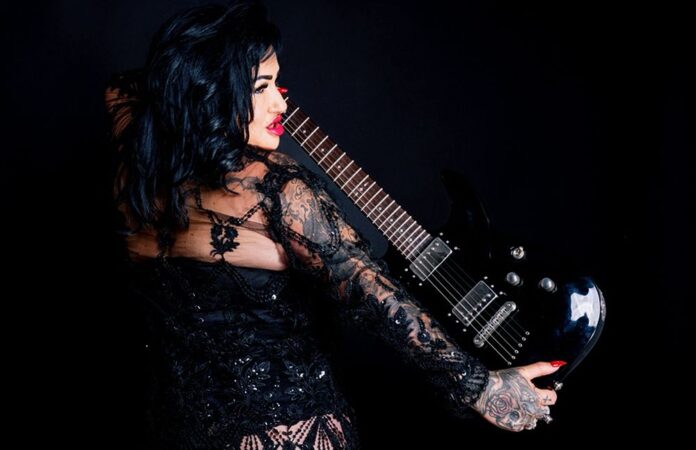 Indya Releases New single From Her Upcoming New Album, and Raises her Vibration!

2023 sees another exciting year for Kent’s Indya, as she kicks it off with the release of her new single Raise Ya Vibration, as well as a captivating performance at the recent Dementia Fest in Wolverhampton.

Indya is the stage name of rock artist and songwriter “Laudez Rose”. Laudez trained in music at the Brit School for performing arts in Selhurst Croydon. She then went on to further her music training at Colins Performing Arts College in Romford, Essex where she studied for a professional diploma in Musical Theatre.

“The song is about manifesting positive energy, raising your vibration. It’s about the power of the universe and positive affirmations. It’s a message for anyone feeling a bit down, manifest your greatness, you can turn your back on all the haters!”  – INDYA

Indya is now in its 8th year and the first ever live performance was playing for Noel Gallagher’s after show party for his High Flying Birds tour. She hired session musicians to play her set & it was here that she wowed the crowd with her unique sound.

She has toured the UK 3 times & was due to be touring Las Vegas before the first lockdown. Covid hit & the tour was cancelled. But she is re-planning the Vegas tour as well as Amsterdam for 2023.

2023 is shaping up to be a busy one with live dates being added to her calendar regularly:

May 26th – Call of the Wild Festival Marquee Stage

Indya was featured on the Prog Rock compilation CD sold in WH Smith and Tesco with 3 of her tracks from her first album Rebel Music.

Indya was lucky enough to attend the Prog Rock Awards in 2021 sharing a table with Nick Mason (Pink Floyd) and Dream Theatre.

Since then, Prog Magazine have written about Indya in various articles, and online at Louder. Quoting Indya: “The new rock sensation” and “…has vibes like Def Leppard”

Indya has picked up some great radio play from the likes of Johnny Doom at Kerrang! Radio, BBC Radio Kent, Total Rock, 2XS Rocks! & hundreds of other radio stations around the world.

Indya has been working hard with her producer Richard Burton on her new album “Leather and Lace” which is scheduled for release in February 2023.  Indya is set to make a comeback to the rock scene for 2023 with festival appearances, live gigs and tours.

The album will be on sale in HMV stores from February, with dates and in store gigs to be announced.