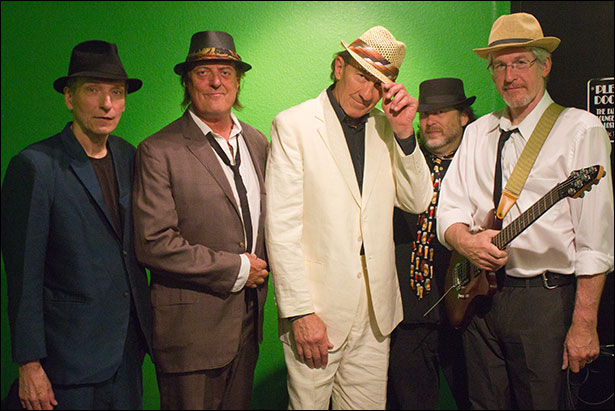 The Tubes, the San Francisco-based rock band whose 1975 debut album included the controversial rock anthem White Punks on Dope celebrate their 40th Anniversary when they embark on a 9-date UK tour in August 2015.

The band’s over-the-top theatrical visual live performances are known to millions of rock fans around the world for their combined quasi-pornography withoutrageous satires of media, consumerism, and politics, epitomised by lead singer Fee Waybill’s deranged on-stage characters, such as the larger-than-life fictitious platform-booted, drugged out British glam rock star Quay Lewd.  In 1977 The Tubes toured the UK, but many of their shows were banned due to British censorship. In February 1978 they released a ground-breaking live album entitled What Do You Want From Live – recorded at London’s Hammersmith Apollo in November 1977, and also made their UK television debut on The Old Grey Whistle Test.

The Tubes are best remembered for their 1983 single She’s a Beauty, a top 3 U.S. hit single bolstered by a frequently-played music video in the early days of MTV.  The current five-man line-up of The Tubes features four original members – Fee Waybill (lead vocals), Roger Steen (guitar), Rick Anderson (bass) and Prairie Prince(drums), and David Medd (keyboards), the latter who’s played with the band since 2006. The Tubes will perform their classics including What Do You Want From Life?, Mondo Bondage, Sushi Girl, Talk To Ya Later, She’s A Beauty and White Punks On Dope.