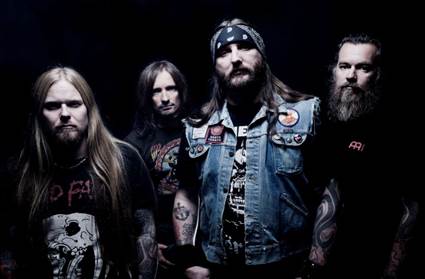 Dates in the autumn and London show next week

London’s indestructible masters of metal, Orange Goblin, are proud to be a part of the Spinefarm Records family following Spinefarm’s recent acquisition of Candlelight Records.

Not just the UK’s reigning champions of balls-out, party-starting, booze-fuelled metal, but one of the very best live rock bands of recent times, the mighty Goblin have been a permanent and universally admired fixture on the British metal circuit (and beyond) for the past 20 years.

Moving forward, all new Orange Goblin recordings will be released via Spinefarm/Candlelight Records; OG can now take their place amongst metal heavyweights such as Venom, Electric Wizard, Airbourne,Ghost and Rammstein (to name but a few).

And this new relationship kicks off in considerable style, with Orange Goblin appearing as Special Guests to Monster Magnet on the latter’s one-off headline London show at The o2 Forum, Kentish Town; this event takes place on Saturday, March 19th.

Following this, the band can now reveal that they will be touring the UK in late September / early October, playing select shows in towns and cities that they did not visit on the 20th Anniversary Tour last December.

Orange Goblin are working on a new record to be released in 2017, their first for Spinefarm Records.