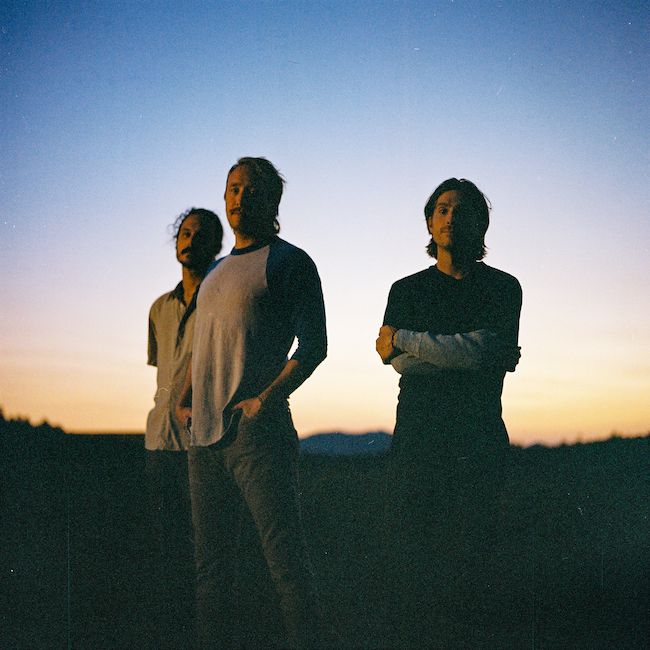 Wilderado have announced their first UK headline tour in October 2022. The tour will include a show at London’s The Shacklewell Arms on Wednesday 26th. All remaining dates are listed below.

Fresh from the release of their eponymous debut album, sold-out US headline tour and national TV performance, the Tulsa trio is currently bringing its infectious brand of alternative rock to UK and Irish audiences, as main support to alt-J on their sold-out tour, which includes four nights at Brixton Academy this week. All remaining dates are listed below.

Today, Wilderado have shared a new lyric video to accompany their current single ‘Head Right’, a confident slice of rock n’ roll that builds on what the band does best – combining soaring melodies with lush three-part harmonies. ‘Head Right’ has entered the top 10 US Alternative Radio Chart and recently earned the band an invitation to perform on Jimmy Kimmel Live! last month.

The song is the lead single from the band’s self-titled debut LP which was produced by James McAlister (The National, Sufjan Stevens, Taylor Swift), Chad Copelin (Broncho, LANY) and Angelo Petraglia (Kings of Leon) and has received critical acclaim since release.

Formed in the California mountains, but originally hailing from Tulsa, OK, Wilderado have been steadily building a passionate fan base and defining who they are since 2015. When they first came together, Maxim Rainer (lead vocals, guitar), Tyler Wimpee (guitar, vocals) and Justin Kila (drums) spent a summer in Latigo Canyon, a secluded part of Malibu, with longtime Sufjan Stevens collaborator James McAlister, immersing themselves in writing and recording. Those songs went on to form early EP releases with tastemaker indie labels IAMSOUND and National Anthem, which garnered more than 130 million streams, but more crucially provided the backbone to years of touring.

Following initial recording sessions at their one-time home and creative space named “The Misty Shrub” (the title of the first EP) in Latigo Canyon (the title of the second EP), the band returned to Tulsa to base themselves from their hometown. Since then, they’ve crisscrossed the USA a half dozen times playing with artists as diverse as Kings of Leon, Lindsey Buckingham and Christine McVie, Mt. Joy, and Rainbow Kitten Surprise, and have performed on the main stage at such festivals as Lollapalooza, Bottlerock and Austin City Limits. Some time off from the road in 2020 meant that the band were able to focus on completing their debut eponymous LP, released October 2021 by Bright Antenna Records.