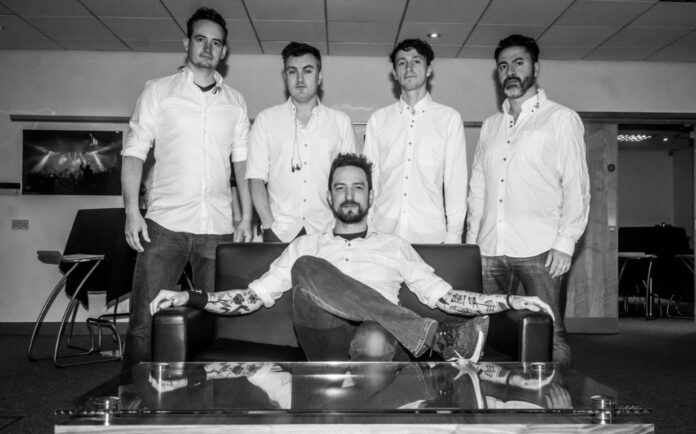 In 2023, XTRA MILE RECORDINGS will be celebrating their 20th Anniversary.

Always going that extra mile to defy expectations and support a roster that is closer than family, over the years the much-loved indie label has introduced us to world-conquering artists, cutting-edge acts, and countless cult classics.

From Million Dead to Mongol Horde, Beans on Toast to Berries, Clap Your Hands Say Yeah! to Against Me!, Skinny Lister to Mull Historical Society, Frank Turner & The Sleeping Souls plus so many more, Xtra Mile has spent the last two decades nurturing some of alternative music’s finest finds.

And now, as they prepare to hit a major milestone, Xtra Mile Recordings is delighted to reveal plans for some timely celebrations, including a huge show at the Shepherd’s Bush Empire, in honour of the occasion.

Taking over the historic London venue on 9th February, the Shepherd’s Bush show will feature a line up of Xtra Mile all-stars including Pet Needs, Berries and Guise (all of whom have released new studio albums via the label this year) plus compere Chris T-T;there will also be a very special headline performance from Frank Turner & The Sleeping Souls. An exclusive set, Frank and co. will be playing his celebrated album ‘Tape Deck Heart’ in-full (which celebrates its own 10 year anniversary next year), alongside other songs from his extensive catalogue.

Something of a victory lap for artist and label alike, the show announcement today arrives with the news that Frank Turner will be re-signing to Xtra Mile Recordings for a brand new album due on the imprint in 2023.

A longstanding champion and friend of Xtra Mile since their very earliest days, Frank Turner says of his return to the label:

“My relationship with Xtra Mile stretches back to the very start, two decades unbroken now. After a happy decade licensing on to the world of the majors, I am ecstatic to have achieved the rare feat of completing that deal and even more so to be returning to being a fully independent artist. It’s a new chapter for me, and a homecoming. Onwards and upwards.”

With the London show falling within the War Child Brits Week, the label will be teaming-up with the charity to support their noble work.

Also taking the celebrations out across the country, Frank Turner will also be headlining another Xtra Mile 20th Anniversary bash at Nottingham’s Rescue Rooms on 25th February, with support from Guise, Tom Jenkins and Hannah Rose Platt. This gig is now sold-out, but standby for announcements of further anniversary shows to come…

Reflecting on an unprecedented 20 years in the industry and what we can expect for the future of the label, Xtra Mile Recordings founder Charlie Caplowe says:

“Back in 2003 I was handling the Indie PR for several acts including (Frank Turner’s previous band) Million Dead.  We’d put our faith in them very early on and getting some favourable press coverage in key publications.  However no record labels were biting.  Frustrated by lack of progress and inability to move the band on to features and album reviews, I decided to start Xtra Mile Recordings in order to help in those areas. It was really only as short term as that at the beginning.

At least the first six or seven years XMR was very much a side project running alongside handling Press for bands and festivals.   It was really when shows started to sell out and venues increase in size on each tour,  plus Radio 1 picked up on Frank’s Long Live The Queen that suddenly we started to realise that the label could become more of the priority for us all.

Over the years the highlights have included Frank performing at the Olympics Opening Ceremony and selling out Wembley Arena; having Indie Chart hits, Gold selling albums, taking over whole stages at various festivals, witnessing people singing along to lyrics from albums released on XM in far flung countries and meeting our label managers in USA, Canada, Germany, Japan, Australia etc. Working closely as a team with our artists and putting faith in them from the earliest stages, releasing albums from international acts as well as homegrown artists.

Working in and learning about all aspects of the Record and Live Industries and realising there’s so much more to learn in an ever changing landscape. Keeping up yet remaining loyal to our roots and ethos. And it’s always still really cool to see our logo on albums that we release and our names in the thank you credits.

Coming up we’re excited about a new FT album, building on great debuts from new signings plus key releases from Skinny Lister,  PET NEEDS, BERRIES, The Sleeping Souls and seeing what our brilliant artists do next.

Standby for further news of other planned celebrations in due course…

Founded in 2003, Xtra Mile Recordings was set up initially to release the critically-acclaimed debut albums by Reuben and Million Dead. Building on this early success the label has grown exponentially over the past 20 years, specialising in the cross-section of rock, punk, folk, indie and hardcore from the UK and USA. With worldwide distribution and solid fanbases on both sides of the Atlantic, as well as across Europe, Xtra Mile is now very much a global outfit, with its records available in most countries with record stores. Xtra Mile boasts a diverse roster with acts that have achieved mainstream success to those on their way, as the label unearths and develops the best in underground music.

Now 20 years young, the label still have their gaze fixed on the bright new sounds of the future. Stay tuned for much more from Xtra Mile Recordings throughout 2023 and beyond.

Previous article
SENT WITH LOVE
Next article
THE COMING STORM