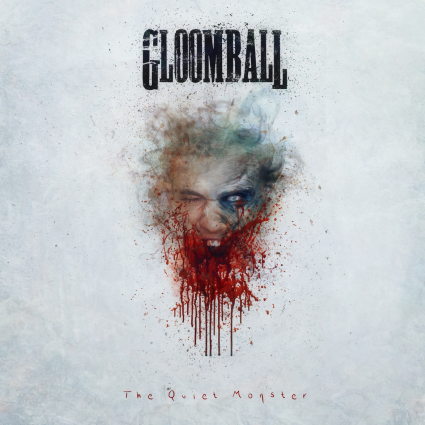 You might not know this bunch of young Germans yet. You surely will.

The stereotypical view of German rock music is that it’s all Power Metal, thrash and trad heavy metal. That might largely be the case, but stepping out of the shadows with their second album and blinking into the light, are Gloomball and they have a rather different agenda.

From the off, “The Quiet Monster” is modern thinking, great huge slabs of heavy rock, complete some of the biggest choruses and mightiest riffage you have heard in a long while. Names like Black Label Society and The Almighty are being bandied around by those who have heard this, and there is an element of truth to that. Certainly “Monster” has a kind of muscular, biker metal feel, but “Straight To Hell,” which is better still, displays all the gift for melodic aggression and catchy hooks that Stone Sour do at their very best.

Actually the best thing you can say about the album and the band in general is that, yes, clearly this is a record made young men, and there is a modern sheen here “Sirens (Die Alone)” for example, Gloomball don’t appear to give the remotest of shits about being in a scene, or “core” anything. All they want to do is make superb music and that’s what they do.

There’s a dip into balladry for “One More Day” with its keyboard dynamic and soaring chorus, while  “Sullen Eyes” boasts a mighty riff from guitar duo Björn Daigger and Jossi Lenk to create “….Monster’s” heaviest point as singer and songwriter Alen Ljubic bemoans the fact he’s “living in hell and not doing shit about it.”

There’s no doubt either about the hookiest moment on the album “(Don’t) Surrender,” full to bursting point of enthusiasm would have been enough to put them atop the charts 20 years ago (it still might, if anyone gave a toss about such things) and “Blood Red World” takes over where that left off and seems to want to kick down as many doors as possible before racing off into the distance.

The record, perhaps oddly, ends in a more stripped down style, with the slow-building ballad “Blue Is Turning Into Gray” which features some fine vocal interplay with Matthias Hechler of gothic metallers Crematory (who’s producer Kristian ‘Kohle’ Kohlmannslehner twiddles the knobs here, as he does for Powerwolf) it provides a stark, experimental contrast to what has gone before.

There is no reason at all that Gloomball should not be huge. They have the youth, the major label backing, and – most importantly with “The Quiet Monster” in the bag – the songs to be very, very big indeed.