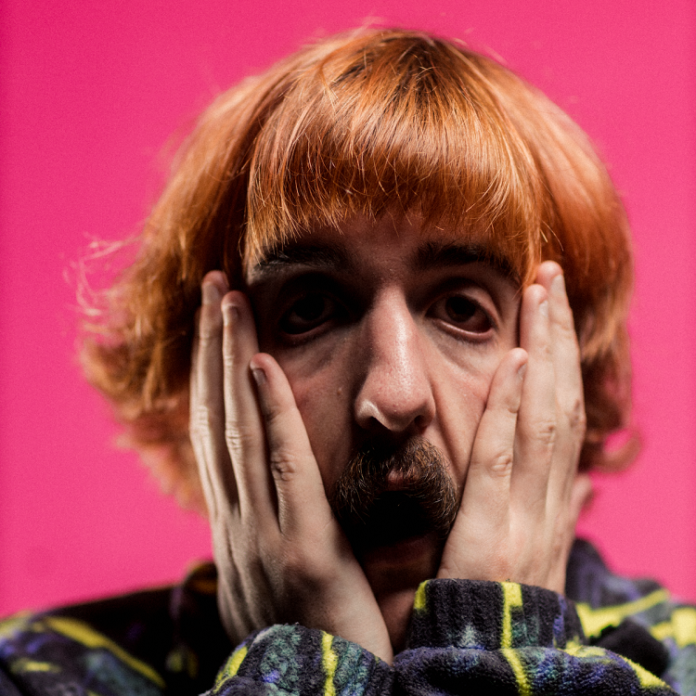 Glasgow-based indie punks Squiggles are pleased to reveal the video for their latest single ‘We Only Came Here For Your Hearts’ set for release on 24th March 2022.

The track is the latest to be taken from their forthcoming debut EP, Look What We Have Done, which will be released on 22nd April 2022 via Alcopop! Records.

Squiggles will be playing a handful of live dates later this year including an EP launch show on 22nd April at Old Hairdressers in Glasgow, and will be appearing at PWER Festival and Kelburn Garden Party, with further live dates TBC.

The new project from Niall McCamley, drummer of cult Scottish punks The Spook School—who lovingly pioneered and championed concepts of trans rights and self care in the indie punk scene through their melody-rich, joyously inclusive brand of bedroom punk—Squiggles is less a band and more of a community, dedicated to the empowering togetherness of music, and its ability to connect us to others.

Commenting on the new single, McCamley says: “This song is about trying to find that sense of community I feel I drifted away from with the lockdowns and the end of The Spook School. It’s about struggling to be around people and trying so hard not to just try and entertain everyone. It’s about feeling tired of being a little too desperate for people’s approval but still standing there like a hypocrite asking for people’s attention.”

“We’re here for your hearts. We want you to join us. It makes it much more special to feel like you’re not alone when the music is turned up to 11. We’re all Squiggles. And I need to learn how to just exist and be calm. I’m probably quite an exhausting person to be around—I’m definitely exhausted from being in my own head.”

The video is another lo-fi self-produced affair from McCamley, who made the visuals himself during a COVID-induced fever dream. “It’s me sweating out the sickness and really connecting to the guitar solo,” he laughs, “I think that’s what eventually cured me. News just in: Niall doesn’t do well when he’s trapped inside on his own.”

Squiggles’ forthcoming debut EP Look What We Have Done is a collection of songs that plays with countering the screaming regret of the past with the shouted celebration of discovery, and completing something in the present.

“One Squiggle is a lone, random line. But a collection of Squiggles can be anything—a painting, a poem, a blueprint,” says McCamley of the concept for the new project. “In making these songs I’ve got to live that,” he explains of the collaborative process behind the record. “Working with Adam from Randolph’s Leap, Chris, Sophie and Cam from Life Model, AC from The Spook School, and Grant from our riotous amateur football team, made these songs go from two dimensional ideas stuck in my brain to something altogether more real.”

Their debut EP’s lead single ‘This Is A Wake Up Call’ was released earlier this year to support from Bring The Noise, Maximum Volume, The Unsigned Guide and more.

You are not alone.
You are a Squiggle.
Together we are Squiggles.
Be kind to yourself.
Be kind to each other.