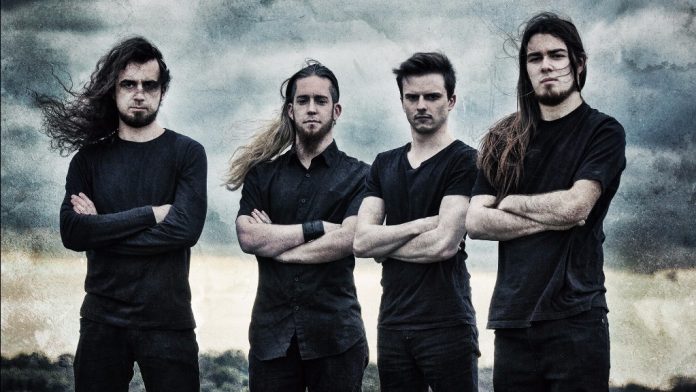 ‘Parricidal Ghosts’ is the first track to be released from the upcoming debut, which you can hear here:

France has long had a reputation for producing exciting, forward-thinking metal bands of the highest order: Gojira, Alcest, Gorod, to name just three. Groovy progressive death metal, intensely rhythmic and jazzy and mightily powerful all at once: as much Gojira as blues-tinged Opeth, Engram of Decline has a width and breadth of influences that will leave many competitors grasping at their shadow and gasping in the dust.

Not for nothing are Fractal Universe gaining a fine reputation. The album, although weighing in at one hour, does not overstay its welcome – the majority of tracks sitting at a manageable four-five minute length. Cementing the band’s progressive credentials are two exciting guest appearances: Jorgen Munkeby of Shining (saxophone solo – ‘Backworldsmen’) and Michael Keene of The Faceless (guitar solo – ‘Collective Engram’).

A band who’ve already played alongside The Black Dahlia Murder and God Dethroned, as well as Motocultor Festival (w/Testament, Soulfly, etc), and Bang Your Head Festival (w/Exodus), Fractal Universe are set to tour across April, as well as being handpicked for MetalDays Festival this year. Stay tuned for more news as it comes from this highly exciting new band.