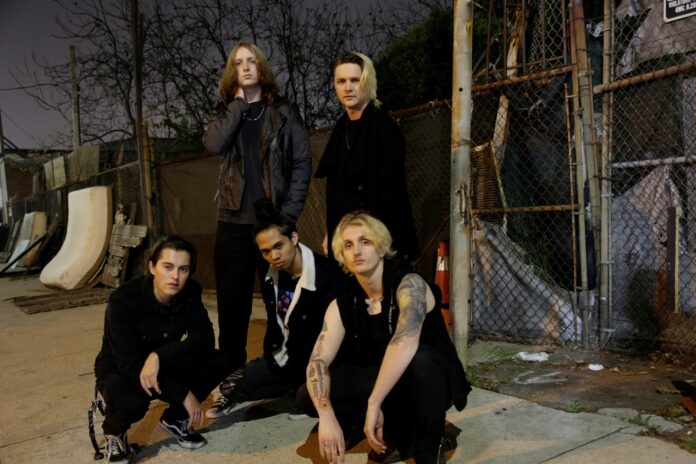 LA’s Love Ghost are heading to the UK for an exclusive showcase gig at The Black Heart in London and have re-released their acclaimed single ‘Closure’ to celebrate their debut UK appearance.

The celebrated LA quintet have already drawn the attention of tastemakers across the board, including coverage in a diverse range of outlets, such as Rolling Stone Magazine, Alternative Press, V13, Huffington Post, Vent, UPROXX, Yellow & Black, The Deli Magazine, New Noise, Ghettoblaster Magazine, and many more…

The band have an ever-growing and hugely loyal fanbase and boast serious numbers across their socials and YouTube video counts.

In addition, they are a regular feature on a number of key Spotify, Apple, Soundcloud and Pandora playlists including; New Noise, Industrial Metal, All New Rock, Smells Like Stream Spirit, Alternative Beats, Breaking Hard Rock, New in Rock, Fresh Blood, Rise and Grind, Fresh Pressed, Amped Rock, and New Punk Now.
They were featured on the U.S. alternative radio charts for 2 months in 2020 and again in 2021. Their songs have generated millions of streams and views across all platforms. The band has toured Ireland, Japan, and Ecuador (all while still in high school) and their music videos have won countless top film festival awards.