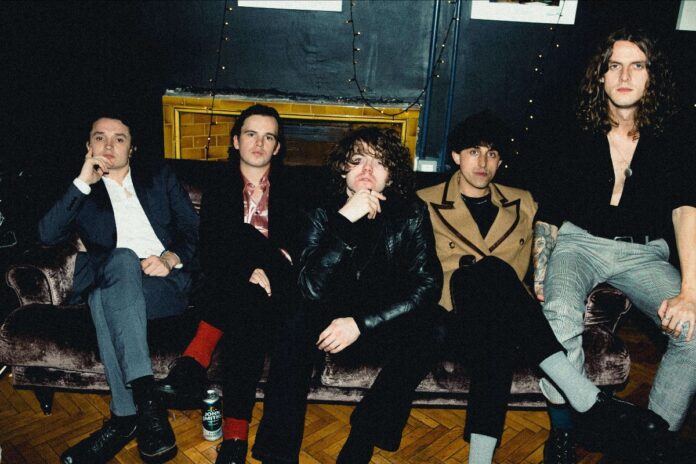 The Blinders have been announced to headline The Social on March 15th for the Hopscotch club night curated by Radio 1’s Jack Saunders. The show finishes The Blinders full UK tour in support of The Cribs throughout March.

The Social host Jack Saunders has been a huge champion of the rapidly rising Manchester indie rock band at Radio 1. He was a big fan of The Blinders’ acclaimed 2020 album Fantasies Of A Stay At Home Psychopath and most recently the band’s latest single ‘City We Call Love’, taken from their forthcoming EP Electric Kool-Aid (Part 1) out January 21st.

The Electric Kool-Aid (Part 1) EP finds The Blinders coming armed with an expanded line up and now as a five piece delivering an even wider-reaching sound stretching throughout their frenetic energy, warm psychedelics and huge indie anthems.

The band revealed the first taste of the new line up on their sold out UK headline tour in September last year which received a rapturous response from fans and saw the final show at Manchester’s Albert Hall feature in Louder Than War’s Best Gigs Of 2021.