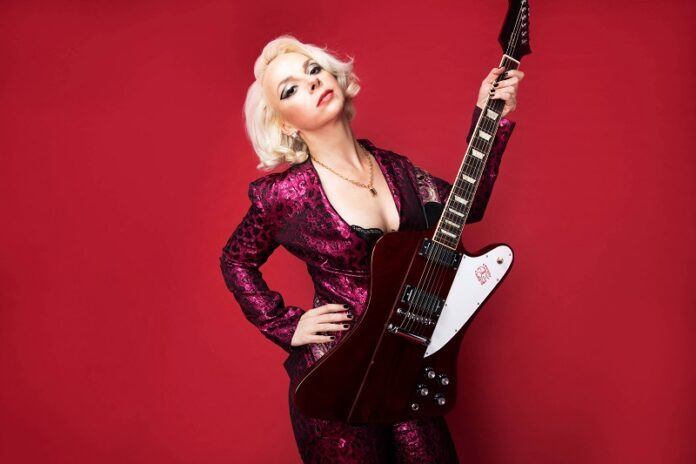 “Hello to all my friends over in the UK and Europe. Once again due to the nature of the pandemic and the different restrictions imposed across Europe, I’ve reluctantly had to reschedule my February 2022 dates to October 2022. We’ve added 3 more shows in Oxford, Glasgow, and Southampton to the tour, so I’ll be able to play for even more of you. We’re working on the European dates, and I hope to have some news on those for you soon.”

“I know it’s been a long time and I can’t wait to finally come back and see you all again. All tickets for the original dates remain valid. In the meantime, stay safe, take care of yourselves as well as each other. See you in October. All my love.” – Samantha Fish
Due to the pandemic and Covid restrictions in the UK and Europe, Samantha Fish has rescheduled her February 2022 UK tour to October 2022. Tickets for all shows remain valid.

Three new dates have been added to the tour including Oxford Academy 2 (October 15), Glasgow St Luke’s (October 21) and Southampton The Brook (October 22).

Samantha’s very special guest at all shows is Wille & The Bandits.

Samantha will perform songs from her latest album “Faster.” The album includes the singles “Twisted Ambition”, “All Ice No Whiskey“, “Better Be Lonely” and “Faster”. Samantha will also perform songs from her rich catalogue including the popular radio single “Bulletproof” from her “Kill Or Be Kind” album.
Her current album “Faster” is the follow-up to 2019’s acclaimed “Kill or Be Kind,” and marks Fish’s first collaboration with producer Martin Kierszenbaum (Lady Gaga, Sting), who co-wrote eight of the album’s 12 new songs and helped the genre-defying guitarist, singer, and songwriter to refine her sound and strike out into bold new sonic territory.

After launching her recording career in 2009, Samantha quickly established herself as a rising star in the contemporary blues world. Since then, the charismatic singer-guitarist-songwriter has earned a reputation as a rising guitar hero and powerful live performer, while releasing a series of acclaimed albums that have shown her restless creative spirit consistently taking her in new and exciting musical directions.
The New York Times called Fish, “An impressive blues guitarist who sings with sweet power,” and “One of the genre’s most promising young talents.” Her hometown paper, the Kansas City Star wrote: “Samantha Fish has kicked down the door of the patriarchal blues club and displays more imagination and creativity than some blues veterans exhibit over the course of their careers.”

As far as Samantha is concerned, her musical future is an open road. “I’m never going be a traditional blues artist, because that’s not who I am,” says Samantha. “But it’s all the Blues for me. When Muddy Waters and Howlin’ Wolf came out, what they were doing didn’t sound like anything that had been done in Blues before. You’ve got to keep that kind of fire and spirit. I’m never going to do Muddy Waters better than Muddy Waters, so I have to be who I am and find my best voice.”
SAMANTHA FISH